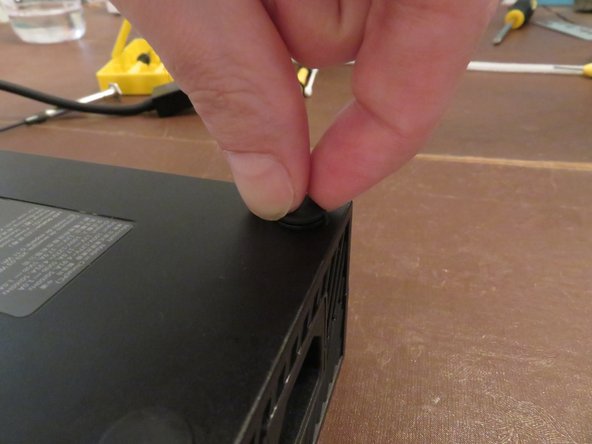 I took my power brick apart in order to clean it. The power settings for my Xbox had been left on "Instant On" from the day of launch until earlier this year. With your system in Instant On the fan runs continuously drawing .16Amps/19Watts. Putting your console in its Energy Saving mode only draws .03Amps/4Watts. The amount of filth inside your power brick will depend on several factors such as the energy mode you keep your system set to. If the fan isn't running, obviously it isn't drawing in more dust/debris than it would if it was on. The last step has pictures that show just how filthy your electronics can get over time and the importance of cleaning them in order to keep them functional.

Would this help with the orange light I am getting from the Xbox one power Brick?

Me too having the same question please help!!

Hi! I’ve had many people come to me and ask the same question, if your Xbox One makes a sound when you try to activate it, but there is no light on the Xbox and the power brick is holding a solid orange light, it is most likely the end of your power bricks life. Unfortunately, Microsoft and any other gaming store/supplier stock these anymore, so your last resort would be eBay. 2nd option is if your Xbox doesn’t turn on or make a sound, and your power brick turns white, it’s the console. Long story short, in your situation I would say you might need to invest in a new power brick.

What specifically is the problem angelorestrepo and kingasd? The orange light is an indicator that your system is in energy saving mode. What happens when you power up the unit?