I Was the Problem! 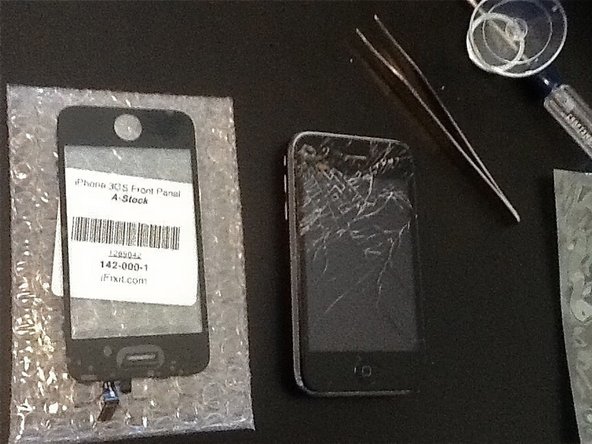 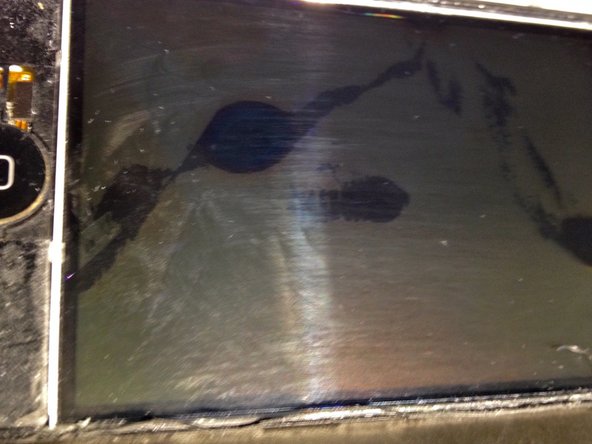 Had a shattered front glass on an spare, working 3GS that was being used as a perfect music storage device [via usb hookup into a JVC car stereo]. Wanted to fix the glass to use it as a phone in Europe, since the electronics were all operational in the phone. Touchpad worked fine through the shattered glass!

I was able to remove the front panel with the suction cup and unhook the cables w/o any problems. The display appeared to be a very tight fit and removal was a bit difficult, but all appeared ok at that point. iFixit directions were superb!

But it went downhill from there. It seemed to take forever to heat up and remove all the broken glass from the frame. Even cut myself (my fault). Removal of all of the glue residue was easy, and applying the adhesive strips went well. But after a frustrating time removing the adhesive covering, I took the new glass and began to line it up to attach it. What I had neglected to remove was a thin protective film covering on the glass. So of course, the glass and the frame lined up perfectly, and the adhesive cemented itself to the film covering, NOT the glass. (My fault - strike two). I had to redo everything using a spare adhesive kit which I happened to order not knowing the glass came with adhesive.

I put everything together carefully, snapped the panel back onto the phone body, and found to my horror that I must have damaged the 3GS display while prying it apart from the frame (see display discolorations in photo). The display now does not work. (My fault - strike three.)

- Should have ordered the panel with the frame already assembled (glass, button, etc) to save frustration which lead to mistakes.

- Should have been much more careful when prying apart the frame from the display.

- Should have just not attempted the repair and perhaps applied a screen protector over the damaged glass.