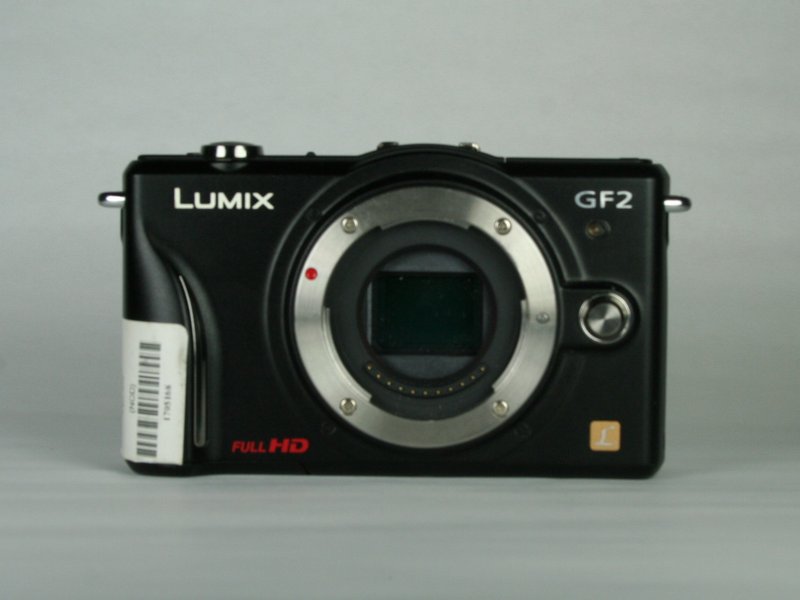 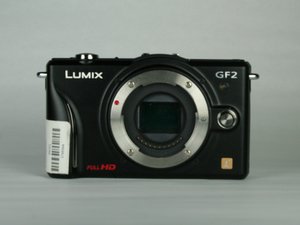 The Panasonic Lumix DMC-GF2 was released in 2011 and is a 12.1 megapixel mirror-less camera. It’s one of Panasonic’s smallest and lightest interchangeable lens system cameras, complete with a built-in flash.

The camera won’t turn on after several attempts.

Check to see if the battery is placed into the camera correctly by removing it using this guide. Check which way the battery should be turned by looking at the arrow on the battery.

See if the battery is fully charged by turning it on and looking at the screen display for a full battery symbol. If the camera does not show a fully charged sign or does not turn on, then follow this guide in order to remove the battery. Then charge the battery by placing it into the charger that plugs into the wall.

The buttons don’t move, nothing happens when they are pressed, or the wrong action happens when a button is pressed.

The LCD monitor appears black on the screen.

LCD Screen Is Cracked Or Damaged

Check the screen for any visible cracks or damage. If the screen is broken, then you will need to replace it. For help with the LCD replacement, refer to this guide.

Check to see if the battery is charged. If it’s not, follow this guide in order to remove it. Then charge the battery by placing it into the charger that plugs into the wall. If the screen is still black, you will need to replace the LCD screen using this guide.

When a picture is taken the flash does not light up.

Flash Mode Is Set To Off

If the camera’s battery is too low, then the flash may not have enough power to light up when the photo is taken. Follow this guide to remove the battery. Then charge the battery by placing it into the charger that plugs into the wall.

If the flash is broken, then replace the flash unit on the camera.

Image Can Not Be Played Back

The images will not show up on the screen when the play option is selected.

No Memory Card Inside Camera

No Images On Memory Card

To make this connection, plug the USB cord into the camera and into the USB slot of a computer. If the device appears on the computer without images, then you should replace the existing memory card.

Camera Cannot Connect To The Computer

The camera will not download the pictures to the computer.

The battery must be sufficiently charged to connect to the computer. If the battery is low, follow this guide to remove the battery. Then charge the battery by placing it into the charger that plugs into the wall.

USB Port Is Not Connected

Memory Card Is Not Inside The Camera Correctly

Lens Does Not Attach

The camera lens will not attach to the camera.

Lens Is Not Correctly Screwed Onto The Camera

In order to screw the lens into the camera correctly, you may need to reattach the lens.

The lens may not attach because it is broken. This damage may be visible or not. You can try attaching a different lens for the same model to see if the camera or the lens is the problem. If another lens works, then the original lens is damaged, and you will need to replace it.

The lens may not attach because the camera is damaged where the lens should attach. You can verify this by trying to attach other lenses with the same model to the camera. If none of them attach, then the camera’s lens mount may be broken. In this case, you will need to replace the lens mount.

The camera does not take clear pictures. Pictures appear blurry, smudged, or distorted.

Lens Needs To Be Cleaned

The lens may need to be detached and cleaned. When doing so, avoid touching the lens with your finger because that may scratch or damage the lens. Use a soft cloth or lens cleaning paper from a camera store or website to wipe the lens off.

If there is a visible scratch on the lens after it has been cleaned, you will need to replace the lens.

If the lens is not dirty or damaged, the camera’s autofocus hardware may be broken. If this is the case, then you will need to replace the hardware.