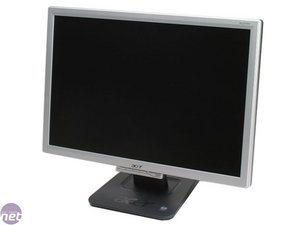 22" 16:10 LCD monitor introduced in 2007. This monitor may have color accuracy problems in some releases of Mac OS X without calibration.

Is there a fix for vertical lines in the panel?

Hello, I have a Acer AL2216W I got with bad caps as a part of a computer replacement deal and this monitor has manifested a problem as of late(well, this is the second time since it went away with use the first time, but the second round isn't as good as the first)

Vertical panel lines on this thing 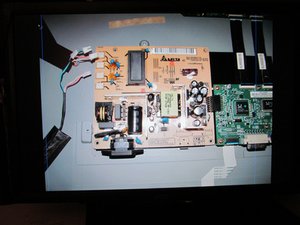 The first time the problem manifested, I originally thought this monitor was toast since I used it for weeks as it was, and it didn't clear up, but apparently letting it sit worked the first time :-P

It looks like 2, but it's really 3 since 2 lines died on the right side

Well, this time the problem came back and I have used it for 3 days so far, with much different results :-(

The lines haven't disappeared yet, and this came up on May 28, so it has had a few days to warm up and come back from the dead

Is there any solid fixes I can attempt to recover this monitor or is it gone for good and I have to live with it until I can find a new 16:10 monitor?

Well, it went fuzzy on me

Nick, judging from the image that you have posted, you are experiencing a TAB error. Unless you have the right machine, it will be difficult to fix. You can try and apply some pressure on the tab and see if that will eliminate those lines. Ultimately it looks like a replacement. Hope this helps, good luck.

I slapped it, and I got rid of it for a few hours but slapping it hasn't worked for 3 days after that so I think it's gone the 2nd time-slapping worked one time, and that's it

It doesn't affect the monitor too much, but it is annoying

You will have to replace the panel to fix it.

In response to your last question...

Well, if your a hobbyist and enjoy spending all that time that is one thing. But, if you run a repair business (or even do repair work on the side), you could be working on a pc or other device and make $125 in an hour, buy a new 22" monitor, and recycle this one. I know I didn't answer your specific question, but, just a little thought for anyone out there that pops into the thread (and like me) sometimes gets obsessed with "I WILL FIX THIS"

We have all been there, if your kinda pressed on cash, you can find 20" LCD monitors at GoodWill stores for $30. Or, for $99+ find a decent mfg. refurbished (with warranty) lcd somewhere like newegg with $4.99 shipping.

Again, from your last question, I would just suggest you ask yourself is it worth spending all your time on an easily replaced monitor vs using that time and getting paid for that time?

Replace all the capacitors on that board. there's only a few shouldn't cost more than 20 dollars.