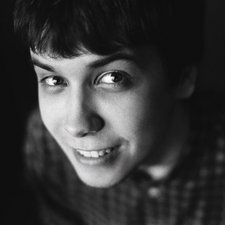 Does iMac accept 64GB of RAM?

iMac with Retina has 4 SO-DIMM slots. Did you tested it with 8GB SO-DIMM? Does he accept it? 64GB — possible or not?

Can i use additional 4gb ram in 3rd slot and do my work with 12gb or i have to get 2 8GB Ram sticks!

PRS - It depends on which model! Review this Apple T/N: iMac: Memory specifications and upgrades

Apple states the system can support up to 32GB of memory.

Why would you need that much?

We haven't seen the need yet, and we do some very large CAD drawings and graphics. Our Mac Pro's don't seem to be struggling with only 16GB

I use 64 all the time in the mac pro and could actually use a bit more with 6k video editing and aftereffects work.

The just released 27" 5K iMac can now support upto 64 GB of RAM. So you now have a lower priced system with deep RAM. Frankly, the 5K iMac systems processing I think is now the limiting factor where a Mac Pro still is the better system for a graphics pro.

We just boosted two of our Mac Pro's RAM up to 32GB. We didn't notice any improvement with our standard flyover builds. But, we did create a larger & longer test which did show the added memory helped. So again, just don't jump to a big memory config work it out you may find what you are doing a smaller (cheaper) config will be just fine. If you are working on what I would call ultra large video renderings or large video editing then you are likely to need more RAM. But, that is only half the picture! You'll also need to address the storage side as well. This is where RAIDED drive sets and large SSD's make a difference! We now have a RAID'ed 16TB SSD and it makes a very big difference! Vs a HD RAID of the same size and config. I'll warn you its also VERY expensive (8x2TB) Samsung Pro SSD's!

the fact that macs (pro or iMac) can't make use of more than 16GB of RAM is a very naive answer. I have been majorly struggling with a mac pro 16gb of ram, running out of memory for developing data intensive apps and testing them before releasing into some common environment. There are just about >20M developers worldwide, Apple doesn't seem to care that for years they have to look how all other brands offer laptops that go even to 64GB of ram. Funny to see even the disappointing newest (since yesterday) macs don't go any higher on the RAM

J2 - You should re-read what I stated "we did create a larger & longer test which did show the added memory helped" In our environment we currently don't need more. Clearly in your environment you do! So load it up. You also likely need more and faster storage RAID'ed SSD's as well.

The focus on mu statement was the Mac Pro desktop system, not the MacBook Pro laptops! These are very different animals. As for laptops that support 32 GB of RAM there are only a few currently and they are much larger in size than the MacBook Pro's. I still think you're mixing apple's and oranges here as well!

For those saying there is no need for 64gb, you are obviously not a composer or video editor. There are many media applications that use all 32GB of ram, forcing pro users to compensate with RAID 0 or SSD arrays.

I think you have RAM and storage intermixed here. Yes, people who work with Music as well as Videos have big files that they need to store and work with. But RAM is not storage its the area the computer computes the work. Our video group uses Mac Pro's and they are setup with just 16GB of RAM. There storage is a mix of RAID's disk drives and SSD's. The key issue they face is the files get fragmented which slows them down. So one of the things we do is use HD defragmentation apps when they are running heavy with work which makes a big improvement. SSD's don't require defrag'ing but are not large enough to hold the larger work (we create 3D flyovers of some of our models).

FYI: The newest Mac Pro's can support upto 64GB of RAM (supported by Apple) and people have pushed them upto 128GB of RAM! So if want more RAM you'll need to step up to a Mac Pro. Lastly, the apps we currently use don't run any better with more than 16GB from our testing doing our work. So make sure the app you are planning on using can leverage it and you have the need.

There are other applications that can take advantage of the increased RAM. I am a network engineer and frequently run network and server virtualization where each virtual machine can use 4-8GB of ram.

Very true each VM would have its own memory space (just like a discreet system) I don't know of many people using a desktop class iMac system as a VM server. Here's a breakdown of the newest Xeon CPU's: Intel’s new Broadwell Xeon server CPUs offer up to 22 cores per socket which would be a better choice for a VM server.

The iMac system would likely start to bog down as it has to switch task between the different VM's (assuming you had 10 or more VM's active). Remember this system only has a quad core (up to 8 concurrent threads: 4 real 4 virtual).

Guys! Save your money and just purchase the 32GB RAM.

I purchased a brand new iMac 5K about a month ago from Apple and went ahead and purchased 64GB RAM upgrade from OWC and have been getting many kernel panics when rendering. I took my computer in to the genius bar and concluded it was a RAM problem. Contacted OWC for a replacement. I had also returned the iMac just because I was within the return policy (they recommended me). I got all brand new items again and gave it a shot and same thing. Was getting a lot of kernel panics during rendering in either FCPX and DaVinci Resolve. Again, I contacted OWC and they gave few troubleshooting steps and nothing worked. I ended up going back with the stock 8GB RAM it initially came with and problem solve. This has been a complete waste of time and money. I strongly don't recommend buying 64GB RAM.

Save your time and Money.

Wow that sounds horrible. I have been using the stock 8GB sticks with a total of 32 GBs. I have been very tempted to upgrade to 64GBs, so this is a very helpful and appreciated warning. Thank you!

The question here is, do you have the upgraded version with the new i7. It is the i7 that support 64 GB of RAM. I don't know how that is with the i5.

My iMac 27" late 2009 support 16 GB of RAM according to Apple. With the i7 upgrade it supports 32 GB of RAM which I have installed. I never had any RAM problems.

Depending on the series your i7 may not support 32 GB of RAM. In fact it's not the CPU alone here, it's the support logic and the number of address lines enabled within the logic board and RAM module socket.

Are you sure your system is able to access the higher RAM? We tried to get a 27" '11 iMac (fitted with the factory i7) with 32 GB to see if we could. While the system claimed the modules were present, when we ran some tests we couldn't get pass 24 GB of used RAM.

@jort - My iMac is about a month old. Here are the specs;

@danj Thank you for this info. That's interesting. I just tested a can use well over 24 GB of RAM. Not only do I have much more RAM, it also runs at a higher clock speed (1333 MHz).

Would you need that much RAM? Most users not. Music & video editors do, graphics design professionals do. When I make a 400+ pages book in InDesign with over 900 images 16 GB of RAM just isn't enough. It's impossible. I tried, either the OS or InDesign crashes. 32 GB is great. Also with 32 GB of RAM most of the time there is no need for memory compression or need to swap which improves performance greatly, especially on older systems.

Watch out: These 64GB only work in the newly released October 2015 models of 27" iMacs with Skylake processor

64 Gigabyte RAM Kits for the newly released iMac 27" with Skylake processor are available at $729 on Amazon (click) for the complete kit of 4 x 16GB modules.

Watch out: These will not work on older models of iMacs and fit only in the 27" machines.

I have seen this offer. Please beware that this is 1600 Mhz memory instead of the 1867 Mhz modules the iMac accepts. It is NOT recommended to mix modules with different clock speeds.

We have a few Mac Pro's which we have pushed to 32 GB of RAM. To be honest here these systems are doing some heavy CAD and just using 25 GB at the high point. I don't see most people needing even this much. Yes, a video editor or music mix artist could need 32 GB or more of RAM. Are you hitting the limits here? Did you monitor your RAM as well as your drives usage? I would start there.

According to Apple my early 2011 MacBook Pro only supports up to 8GB. I've been happily running it with 16GB for years now without issue. That said according to Intel's i5-4690 and i7-4790K specs the maximum supported memory is 32GB.

While I'd be happy to see someone get their hands on some 16GB SO-DIMMs and prove otherwise, my limited guess is that 64GB support in the Late 2014 iMac is unlikely.

As for why anyone would need or want 64GB RAM in a desktop, any sort of analytics over about-that-size datasets is the first thing that comes to mind. Perhaps also developing and testing in-memory databases, or cluster technologies with bunches of VMs. The 1TB PCIe SSD is quick, but RAM is still a lot faster. Smoke 'em if you got 'em.

Although light on details, here is a presumed confirmation from OWC: http://blog.macsales.com/27339-owc-confi....

64gb IS needed when you do multi-layered digital paintings in Photoshop and multi-layered projects in Illustrator and need both apps open to manipulate images and work back and forth. 16gb is ABYSMALLY insufficient with having to consistently wait for it to 'process' throughout many steps of my projects, having to close the partner program, etc. Believe me I'd save the money if it were reasonable but doing projects literally TWICE as slowly bc of insufficient RAM is a no-go for my career. (SSD storage is plenty open so that's not the issue). Different needs can call for very different specs for the individual.