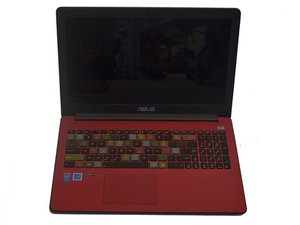 What part of computer has a problem caused by power surge?

I can not turn the computer in. The power butten does not work and the modem also does not work. I has been experienced two times for the last two years after ligthening.

how can i get online with chrome. vs asus

A cascading failure is a condition of interconnected systems when the failure of one part or component can lead to a failure in related areas of the system that propagates itself to the point of an overall systems failure. There are many types of cascading failure events that can occur in natural and man-made systems, from electrical and computer systems to political, economic, and ecological systems. The field of research known as complexity science attempts to define the root causes for such failures so as to build in safeguards that may be able to prevent them in the future.

A common yet hard-to-predict type of cascading failure event is a single point of failure, where one component fails and inexplicably leads to a domino effect, triggering a rapid spread of the condition to other parts of the system. An example of this took place in 1996 in the United States, when a power line in the state of Oregon failed and triggered a massive failure of the electrical grid throughout the western US states and Canada, affecting between 4,000,000 and 10,000,000 customers. When the transmission line failed, it caused the regional electrical grid to break up into separate transmission islands which were not able to handle the increased load, and then also failed, leading to the collapse of the entire system. A similar cascading failure occurred in the mid-western US state of Ohio in 2003, which led to the largest electrical blackout in US history.

Hyohwan Song, there is no specific part that will fail, it can be one of many. You will have to disassemble your computer and check the traces around your DC jack etc.