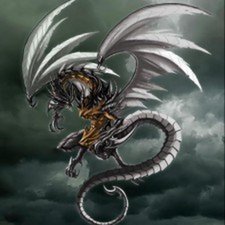 I have two 3DS motherboards that I'm trying to troubleshoot, so that I can use at least one to replace another that's in a bricked system. One of the MBs causes the well known 'pops and turns off' problem on boot (where a few seconds after being turned on, a popping sound can be heard, and the system immediately turns off). The other board simply fails to boot, with no backlights turning on for either screen (this one does not respond to any of the 'forced' functions, such as L+R+A+Up).

I've been able to conclude that in both cases the problem is with the motherboard, as a third board was able to start with no issues in the 3DS. The cables had been seated several times to rule out those issues as well. In all cases, the SD card reader, nattery, L/R ribbon cables, WiFi card, infrared chip, top and bottom LCD, microphone, and C stick components were shared, so I've ruled them out as being causes. Both F1 and F2 fuses are shown to be working on both boards as well.

Is there anything else I could possibly test to identify a solution? I hate wasting parts if they can be saved, especially the motherboard.

Here are your answers for both PCBs, they're actually fine. Here's the real problem and fix:

I hope this helps getting your two systems running again. Good luck!

Both solutions wouldn't be relevant in this case, as I mentioned that changing the motherboard alone causes the issues. If I use a known working board, everything functions fine. If I use one specific board (without any other change in hardware), the backlight problem occurs. Same for the pop / turn off. I've tried both boards between two perfectly functioning systems, and the issue only occurs when they're used.

Then the problem lies solely in those boards somewhere. Lifted pins, cracked traces, busted ICs, it could be anything. If that's the case then the next best thing would just be to consider them "for parts" boards since they "corrupt" perfectly working units.