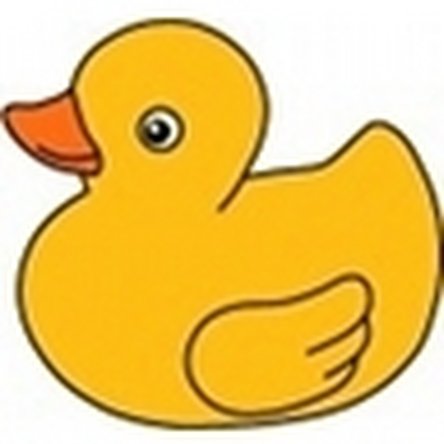 I installed a LTN121X1-L01 LCD from an 800MHz iBook G4 into my 1.2GHz iBook G4 and found that the backlight does not illuminate until the desktop is loaded.

This conflict was present through the installation of a new hard drive and creates difficulty using startup keyboard shortcuts for anyone attempting to install mac OS to a blank HDD.

I have been told by an Apple genius that this issue is because the firmware in my model is looking for a 1.2GHz LCD and does not recognize this 800MHz LCD. This genius told me to the solution is to replace my LCD or hack the firmware.

using the LTN121X1-L01 the iBook correctly goes into sleep mode, and when it wakes up and the backlight correctly comes back on.

Is there a way to determine if the screens for sale on ifixit are the LP121X04(C2)?

sorry, i don't have the external display adapter, and any money i put into this computer will go into buying the correct LCD. geesh, it's like no one wants to hear the truth! i give up - i'm going to buy this LP121X04(C2) LCD from ebay, where i know i can get the correct model.

P.S. For posterity, the LTN121X1-L01 LCD conflicts with the NVRAM/firmware in the 1.2GHz iBook G4

I'm glad your specific problem is solved. However, understand that, looking at the people giving answers, your experience contradicts a LOT of quality years of experience. You need to realize that sometimes people are correct about the overarching topic, even if your experience seems to indicate differently.

I hate to disagree with the Apple technician, but he is wrong in this situation. There is no way for the computer to discern the manufacturer of the LCD. So, the LCD is either compatible or not. In your case, it sounds like that LCD works just fine with your machine but there is something else that is causing this issue upon booting. This could be due to a software issue. I would recommend backing up all of your files and then reinstalling your OS to try and solve the issue. Good luck!

huh, so you know better than the lead Genius at the Apple store. keep selling the incorrect LCDs to unwitting customers, that will never come back to bite you in the @&*.

If we were selling the incorrect LCDs to unwitting customers, there would be a high return rate on that part. There isn't, so clearly there isn't a problem. This isn't just coming from me, it's coming from many well-respected sources. But apparently, you're not willing to hear that. If you insist on dying on this hill, you're done with this post.

Stafford, as I've stated, I have several 1.2GHZ 12" iBooks which I've verified DON'T have that model screen in them, and they work fine. So, yes, your Mac "genius" is in fact delusional if he thinks that all 1.2GHZ 12" iBooks on planet Earth need to have that exact screen model.

Interesting. I have seen several laptops with this issue, but I've never gotten to the bottom of it. I'd be interested to hear what Lemerise has to say about this, since he is well versed with screen issues. A question for you -- when the laptop goes into sleep mode and then wakes up, does the backlight come back on? Most of the ones I've seen like this have a problem where the backlight does not come back after waking up from sleep mode. This leads me to believe it may be a reed switch issue of some type.

Another thought -- there is something called "verbose mode" which displays UNIX-like boot data when a laptop is powering on, and then it looks fine once the laptop has finished booting. This UNIX data displays instead of the white screen with the Apple, which is meant to mask all of this. You can turn verbose mode on and off from the open firmware prompt. Dunno if it's true, but I've been told that some new boards come with verbose mode on by default, and Apple techs sometimes forget to turn it off. Anyway, point is, the fact that laptops with the condition you describe "turn on" when the OS is loaded has always made me wonder if it's something similar to verbose mode, because in both instances the laptop is in a weird state that they "snap out of" when the OS is loaded. I've tried disabling verbose mode on machines with your condition to no effect.

You can also try swapping with a known-good screen to see if that helps, or swap the whole screen hinge with cabling as a next step. That would replace the reed switch and possibly rule that out. I agree with Brady, i.e. a screen is a screen is a screen, and screens are not matched with processor speeds (although I have run into 1.33GHZ 12" laptops which require a specific brand/model screen and have a black screen and fan on high if something other than this brand/model is present...but that is for another discussion).

Anyway, very interested to hear the solution to this one.

Could you connect an external monitor and check if you have a normal lightning at boot up on the external ? That would eliminate a logic board or a software issue. Now you must understand that the backlight is only a fluorescent bulb connected to the inverter board. It has no direct relation with the LCD panel circuitry. It's only a light fixed on the panel powered by the inverter board who receive his power from the logic board at boot up via the inverter cable. There is also no relation in your case with the reed switch system or the video cable.

I don't understand why there could be a 30 seconds difference at boot up between the two backlights if you use the same hard drive, same inverter cable and the same inverter board connected to the same logic board.

You might be missing some kernal extensions or "Kexts", so a reinstallation of the os would fix this