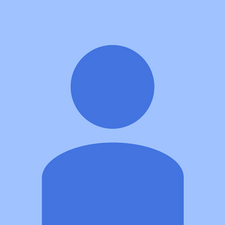 Display Flashing On and Off but Stops with HDMI Connected

I have a Late 2012 Macbook Pro Retina that just started having a display problem. When I use the computer, the display freezes and flashes to black before coming back on (very similar to what happens when you plug in an external display or TV). It will do this about every 5-10 seconds, but it does not do it at all when an HDMI display is plugged in. The laptop display and external display work perfectly without the freezing and going to black, but the laptop display will begin doing it again as soon as it is disconnected.

I did replace the display assembly about a year ago after my phone slid into it and caused a small, isolated crack in the display. The computer wasn't dropped or anything. I opened it back up and checked that the display connection was still in place. I disconnected and reconnected the display, but the problem continued. I then disconnected the battery and the problem stopped fro approximately 1 hour before returning.

Has anyone else experienced this and found the cause or a solution?

Additionally, Is there a way to disconnect the HDMI port from the board so that I could test whether the HDMI port itself may be faulty? I suspect that something is happening to make the computer sense and attempt to configure to an external display that is not really there.

I have this issue too - it doesn't freeze or flash to black, but I get large blocks of colours flashing all over the screen, or interlaced colours across the whole screen.

But I plugged in an HDMI monitor so I could do a backup of my macbook, also to test to see if the macbook was broken or if it was just the display, and NEITHER the monitor nor the macbook display have the issue WHILST the HDMI is plugged in.

It may be a software issue. Update your Mac to the latest version. Have you contacted Apple about this issue?