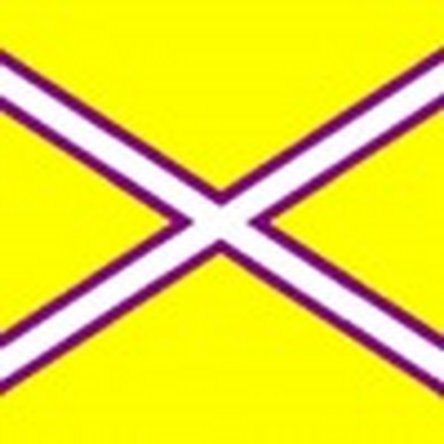 How do I fix unresponsive shoulder buttons?

Very simply, the L and R buttons on my DSi don't work anymore. I tried going to Nintendo about the problem, but they said it'd cost at least $50 to repair...and my system is long past its warranty. Will I have to take apart my DS to fix it?

It may have been the yogurt or hot chocolate that got spilled on it, but one of my shoulder buttons is very unreliable. I fixed it by dipping the switch in isopropyl, but it was only temporary.

i took mine apart and sprayed a little WD-40 on the switches, i hope that works for at least a month.

I know this is an old thread but listen if you are having problems. Here's is how i solved it myself with no help from nintendo and super easy method.

My bumpers have not worked for over 5 years. both L & R. when I press R, it sounds like it has a broken spring while L sounds normal but also won't work.

Today, I tried to get them working(With Success) by first, mashing them really hard and fast and pushing down on them. After , I tried blowing in the side really hard just with my mouth. No taking apart. Then I kept mashing them again and on the home screen to test to see if camera comes on when pressing L or R. All of a sudden, after blowing, it started to work every time. R still sounds and feels odd but works. I just have to press them harder than normal though but they work fine now!! I was soo happy after they started working. it has been years. I was unable to play soo many old games as they required the bumpers but now I can paly them again jsut as soon as I get a new R4 card as I also updated the firmware after nearly a decade and now my current one is outdated.

Thanks much bran04don13, been having this problem for a few years but mashing the buttons PLUS simultaneously blowing for a good 2 minutes on on both sides removed the problem!

WOW this worked! i couldn't believe it! thanks alot! now i can finally soft reset and play games which really uses the L and R bumpers alot!

Holy molly ! I tried it and it actually worked ! I am baffled ! Thanks mate you're the best ! !

%#*@...I was super skeptical, after trying it a couple times, I was pleasantly surprised to see that it worked. Thank you very much. Now, I won't have to try to return it or get a different system.

You could try to blow on the indentations along the right and left side of your DSi system with force. Do so again on the top. This issue is likely caused by dust or other debris that may have gotten into the release trap and pressure-sensitive button. Or you could use a can of the duster for electronic equipment that is available in most department stores. Some more info here http://www.ehow.com/how_4737318_nintendo... and even some video on here http://www.youtube.com/watch?v=5K3W9sbwX... good luck and let us know how it is turning out.

Nonono. Do not blow on the buttons.

At first my L button went out and I would blow on it and it would be fine.

But recently my R broke and right after I did that, my DSi would turn off.

Then when I would turn it back on, it would shut off again, or the top screen would flash out.

i had the same problem about a year ago on my other dsi,so i'd rather not to do it myself

i would HIGHLY Suggest (yes i hate bring old threads) is you HAVE TO take it apart.

but just to get the back...cause i just almost killed my DSI using the suggested answer (got my L&R buttons "Working")

use just compressed Air to get the dust out! when you do this you can also bend the buttons up some soo they can have better contact. and also get a hard deep into it if you have to press hard

reason is i wanted to play some DS games not on my 3DS as i tried to fix it now....reason cause i'm restarting my Pokemon saves on the DS and i needed a trade thing...since i have a Pro Tech Tool Kit i can just open it up...

if you dont...try the Most Helpful Answer...but BECAREFUL OF L OR R!!! that is the side of the ribbon for the top screen....that jangles...no top screen or sound!

if you take it apart be extremly careful, i lost my "r" button due to riped wire, but in side your ds/dsi is this little tab that plugs into your system and this may be unpluged because of drops or loose, but take a narrow metal nail file and clip it back in it solves the problem, but becareful like i said, i completely lost r

Hi guys i have been having a problem with my shoulder buttons,and i need some help,can someone help me,is there like cleaning them or something

My buttons worked but the R button was mushy. The dsi is absolutely prone to ribbon problems I swear.. anyways, the button is clicky after blowing into it like it used to be (yay) but it did giggle the top screen ribbon slightly and caused the top screen to go all white washed with scan lines. Moral of the story, I hope you know how to take these apart if you blow into the R trigger too hard.

There are small buttons underneath the covering. If you don't want repairs, just take the coverings off and be careful that you don't get any gunk inside, because the motherboard will be peeking out.

I tried doing it for an HOUR, and it didn't work. I tried blowing the dust out with some compressed air, then my entire DSI died.

Nono don't use a compressed air blower as it is too strong. Behind them is the ribbon for the top screen. If you blow too hard on it it will ush the ribbon and detatch it or damage it which I think you have done. If you read what I did, it wasn't just blowing, you also have to carefully mash the keys at the same time to basically get a grip on the contacts. And you may have been blowing it wrong if you were doing so for an hour. BTW my suggested answer was specifically for the dsi so if it wasn't then it doesn't count as the buttons on the other device models are different to an extent so it may or may not work, although some have reported getting 3DS working with it. Just don't be excessive. And to fix your new issue, I'm afraid you will have to take it apart very carefully and put the ribbon in it's correct place and make sure there is no damage to it.

My buttons stopped working for a really long time. All I had to do is put my lips on the button and blow hard

After taking apart, blowing into the buttons and applying a small piece of plastic to have more grip, with no success. The only way to get it working was just by using regular 96% alcohol with a cotton swab, cleaning all around with and ensure alcohol got inside the buttons. After that, just used compressed air to take alcohol from inside the buttons and now works like new!

Blowing worked surprisingly well, just don’t blow too hard and also try not to get too much moisture in the button. The way I stopped the moisture from being too much is I just dabbed me you fur and lips with a paper towel, quickly blew in the buttons, then drank a glass of water