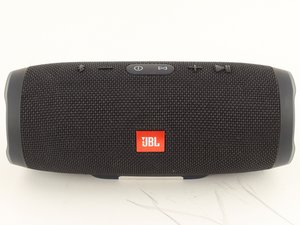 The JBL Charge 3 can be recognized by its distinct woven speaker cover and rubber accents. It was released in 2016 and features a fully waterproof design, 20 hours of playback time, and bluetooth connectivity.

if it is lost can I track to get it back

i lost my jbl and cant find it is there a way to track it?

If it has been turned off or the battery has died (it only lasts for 20 hours when playing music so maybe a bit longer when it is not) then there is no way that you could track it.

thank you so much

Do what the answer above says.

If it appears in your phone's BT list it is somewhere within 30' of the phone so you will have to start looking for it.

If it doesn't show in the BT list then it is either off, has a flat battery so you still will have to look for it or is not there.

Are you sure that they're not only shown as listed in the BT list rather than suddenly appearing i.e. remembered from a previous time?

Try "forgetting" or “unpairing” the headphones in the BT list and then see if they show up again.