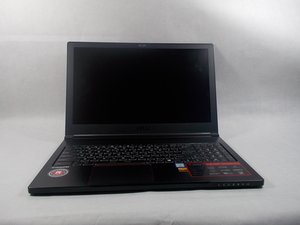 Fan next to 1 TB HDD making lot of noise. How to disconnect the fan?

Fan making noise, asking how to disconnect the fan from the motherboard,

The last thing that you should want to be doing is disconnecting the fan from the motherboard.

The fans are there to provide direct cooling to the CPU and the GPU.

Without this cooling the processors could overheat and make your laptop either unstable or unworkable. (For verification of this, just search through the ifixit answers forum to see all the problems people have had with the fan/ fan vents in laptops, just being clogged up with dust)

The processors could even fail and then you'd have to replace the motherboard.

If the fan is too noisy because it is always on a high speed due to intense gaming activity or something else requiring high CPU / GPU activity then perhaps it is another problem which needs to be addressed and not the fan. Its' only doing its job..

If the fan is too noisy, even at low speed , due to say a faulty bearing perhaps, then it is better to replace it.

If it is no longer covered by the warranty then here is a link to a video showing the teardown of a MSI GS63VR.

I realize that this is not your model, but it should be close enough to give some idea of how to access the fan. At 5:00 minutes into the video, the removal of the motherboard (with the fans attached) is shown

Here is a link to just one supplier. It is not a recommendation to use them. It is shown to give an idea of the cost of the part.

There are other suppliers online that may suit you better. Just search for MSI GS63VR 7RF Stealth Pro fan assembly to get results.

Here is a link to the ifixit MSI GS63VR 7RF Stealth Pro Repair guides, which may be of some help.

Another option to replacing the fan is to remove the fan, clean it well, check that the motor is ok and to gently lift the plastic fan blades from the spindle, put a small drop of oil on the spindle, replace the blades. It is likely that the fan is attached to the heat sink, so you need to clean the heat sink, including where it contacts the CPU and GPU. Apply fresh thermal paste, replace the heat sink and power on the laptop. Watch the temperatures to verify that temperatures are within normal ranges. I have replaced my fan three times, and only recently found that it can be fixed without replacement.