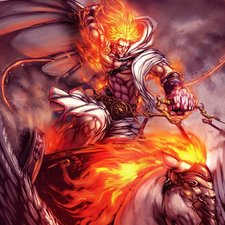 No sound, picture, back lights or standby light.

Okay… in a nutshell; tv stopped working as described in the subject line. No sound, no picture, no back lights (LED’s), no stand by light, no nothing. Did continuity checks on fuses and checked a few voltages. Thought I had it narrowed down to the power board so I purchased a known good used replacement power board. Swapped boards and; nothing changed. Decided next would be the main board so I purchased a kit from SJ.com which includes a new main, power, t-con and wifi boards. When those arrived, I went from replacing one board to the next until I replaced all of the boards (except for the wifi board which I did not think would matter in this case) and still nothing changed!

There are not too many more things to replace. What can it be? LED driver boards? Can bad LED bulbs or strips cause the tv not to come on with no sound or picture or standby light? I’m at my wits end, almost.

Would replacing the LED strips be the next logical thing to replace?

Update... not much to add; it still is completely dead. Am now waiting for new led strips to come in. because... idk.

I did get some voltages on the power board on the CNM 803 connector. With the connector from CNM 803 to the main board connected, these are the voltages I got:

Now what does this mean?

@bravehelios disconnect the power board from the main board and turn your Samsung TV on. Check through the back of the panel to see if the backlight is on.

Those voltages do not look right at all. You need at least 3.3V - 5V for the standby circuit

I have tried disconnecting the cable at the power board and switching on the set and no back lights come on at all. Can it be a bad cable(s)? how can it continue to be completely dead even after replacing the power and main and T-con boards with new boards from SJ.com!?

Have you resolved the issue? I'm having a similar problem.

Yup... It would have been the LED strips that needed to be replaced as I did do this BUT, stupid me... I put the display screen back in place, top side down (backwards) then had to bend the ribbon cables attached to the screen in the opposite direction which broke one of them! And that was it... the TV was kaput for good! Thankfully I was able to get my money back for the LED light strips.

Word of caution... Y'all better make sure you put your screen back in place correctly the first time because it is not forgiving at all and you'll go from all is great to what the !&&* just happened, real quick!

a failed backlight should not cause issues like this. You of course double checked all your connections as well as checked the power cord and outlet. Measure the outputs from the power board to the main board against the values printed on the board. See if you have power going to the power board. Let us know what you get.

I would agree that failed back light(s) should not cause a no nothing situation. I am quit certain that I have all connections secure. I did notice that on the P-Con board there is a connection but nothing connected to it and there are no other cables around to connect to it. I have checked some voltages at the pins on the power board connector connecting to the main board via a cable and with the cable attached. That is where I noted that the voltages were sometimes low and sometimes would start at around 3.3 volts (as it should be) then watch as the voltage drops on the meter with me doing nothing else to the TV. I know I need to get some definitive values and I will, I just thought the no standby light and no sound etc would have been a dead giveaway for something obvious. More to follow I guess!

@bravehelios I would go for the main board with the symptoms you described, but since you already changed all the board this would now just be a guess.