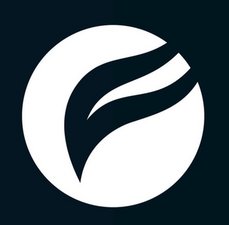 So I used to have an iPhone 6 Plus that was given to me by my aunt. She had told me it would restart sometimes. She told me to stop it from restarting I would have to turn off the WiFi, wait a few minutes and and turn it back on. The fact that that worked was crazy. She told me she had got that from some phone fix place and they told her that method. I found no method searching the internet. I decided to update the phone to iOS 12 because it was on iOS 10. I was thinking that was going to fix it but the results were the same. Little did I know once it would be done restarting and I turned off the WiFi in the control center that I wasn’t turning off the WiFi. So I was trying to rush into settings to actually turn off the WiFi before it would restart. I was lost and couldn’t find anyway to fix this problem. But this wasn’t the only one. When press the power button or home button it would take three seconds to get to the lock screen. When I gave the phone to me cousin she couldn’t use the App Store because I noticed that her time wasn’t correct so I corrected it and it would still do the same thing. One day my cousin visited and I noticed her phone was a day back. I’m just trying to figure out what is going on. My aunt had this phone since the year 2014 so there has a pretty been a long history of the phone that I don’t know about, but I do know that I was in an otter box case that pretty much covered up everything so I don’t think any water got in the phone. Please someone. I just want to if there is any hope for this phone that has been passed around the family for the past year.

Does the Wi-Fi actually work though?

Yes it does. I don’t understand why I have to cut it off and turn it back on to keep it from restarting but it works

It could definitely be a physical problem with the WiFi module chip.

But you can also hook it up to iTunes,factory reset it,and reinstall iOS 12 fresh. This means not simply factory resetting,but actually fully reinstalling the operating system. This can fix software glitches that factory resetting doesn’t fix. It’s unlikely,but it may work.

Other than that,it could be a bad WiFi ic. This would require a replacement if so,and the cost just isn’t worth it even if you find someone willing. It’s more worth it to sell the phone to someone for parts and buy another used one on ebay.