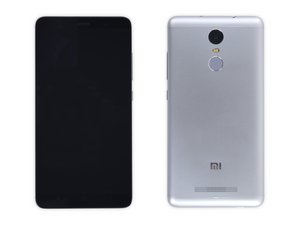 The Xiaomi Redmi Note 3 smartphone was released by Xiaomi in March 2016. It includes a non-removable 4050 mAh battery and supports up to 256 GB of removable storage.

While i’m trying to enable my phone wifi or bluetooth is not turning on or stable. Please help on this. Thanks in advance…

Try starting the phone in safe mode and check if WiFi/BT turn on OK and remain stable.

If they do then a downloaded app is the cause of the problem. The trick is to find out which one is the culprit.

If still no good in safe mode try a factory restore (also known as a hard reset) and check if this resolves the problem.

''BACKUP the phone BEFORE performing a FACTORY RESTORE as it will ERASE all your data and downloaded apps.''

Once the factory restore has been completed check if the WiFi/BT turn on OK and remain stable.

If still no good then you have a hardware problem.

If the WiFi/BT are OK, restore the phone with the backup that you made earlier using the phone's restore feature.

Once the phone has been restored to what it was before, check that the WiFi/BT turns on OK and stays on.

If so then the reset has resolved the problem