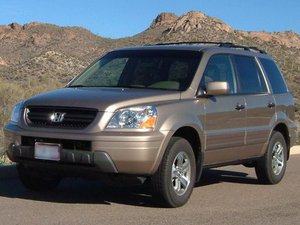 A crossover SUV by Honda introduced in 2002 for the model year 2003. The first generation was produced until 2007 when the car received a redesign.

Is there a fuse for the horn at all

The circuit shows that there is a fuse #47 and a horn relay in the right hand side engine bay fuse box (I think it’s #47 but my eyes aren’t that good any more, while the owner manual on p.283 shows fuse #7 which also feeds the stop lights and doesn’t mention a horn relay - typo perhaps regarding the fuse in the service manual diagram?) and another horn relay in the passenger compartment under dash fuse box behind the right hand kick panel.

When operated the relay in the engine compartment is the one that connects the power from the fuse to the two horns. 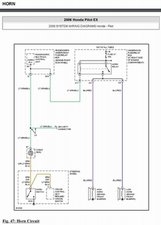 Hopefully this is of some help.