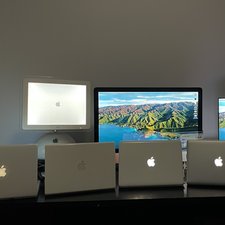 Hi Guys! So, a friend of mine has a late 2012 13” Retina MacBook Pro and it’s Retina display met Alex’s 3 year old son.. Result: it’s completely trashed now. I was looking to buy a parts computer that I could salvage the display from but I just looked on iFixit parts store and it says that only displays from late 2012 and early 2013 would be compatible Weren’t all the retina MBP from 2012 to 2015 identical? Could I, in fact, put a newer display, e.g. a display from a 2014 on it?

Thank you so much!

While the displays dimensions are the same the suppliers are different which gets into the EDID (Extended Display Identification Data) The systems firmware is setup for the discreet suppliers LCD panel. Then to add to it the layout of the cables is different! As Apple moved things about on the logic board.

I would contact iFixit to snag that last one they have right now as its the cheapest you’ll find! MacBook Pro 13" Retina (Late 2012-Early 2013) Display Assembly As a reference here’s a new one for sale 13” MacBook Pro Retina Complete Display (12/E13) - New