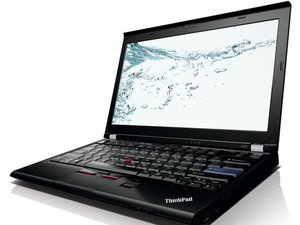 Windows installer asking for a driver

I am attempting to install Windows on a new build machine that has a 1024GB Rocket NVMe PCIe M.2 2280 as its primary drive - at the point that Windows installer asks me where to install Windows it offers no drive volumes - asks me to load a driver. I have run a diagnostic from the BIOS - the SSD is there and appears to be OK.  I have tried searching for an appropriate driver to no avail. I am absolutely not a Windows expert so any advice would be welcome.

With these Lenovos, the WWAN slot can accept an mSATA SSD, but not a NVMe or PCIe AHCI SSD. It also typically runs at SATA II speeds, so you generally will see a performance hit AND you need to make sure it’s SATA II compatible. mSATA was abandoned within a few years after PCIe AHCI SSDs and then the NVMe standard, which is what anything made within the last few years with real specifications use from the factory. Even Samsung who used to sell a mSATA SSD stopped manufacturing theirs. The only company left who will actively support the product is Kingston and it costs a LOT in comparison to a normal 2.5” SSD.

In terms of the systems with it, sometimes they have a dedicated slot but you generally only ever see that on the 15-17” systems; not the 12-14” ones. The reason you can’t install a PCIe SSD in this is space (12” machines are always compromised here unless the slot is vertically installed) and the chipset; Intel didn’t support NVMe until Skylake, but did work with PCIe AHCI on Haswell-Broadwell systems.

However, the 256GB mSATA SSDs are very expensive in comparison to a 256GB 2.5” SSD, and the TBW lifetimes are compromised on mSATA unlike 2.5” SATA. I don’t think they make sense when you can find a 512GB SSD for a reasonable price relative to what you get with mSATA for the same money. I’m in the same camp with my E6440 and E7440 - it’s got this compromised design and doesn’t even accept PCIe AHCI :(. I would like to do it, but I’m just going to get a 512GB SSD even though the machines accept SATA III mSATA.

If you ignore my price warning and you still want to do it it can certainly be done - just buy the SSD used with low usage or you’ll get burned on the price and start at 256GB. Sadly the future is PCIe AHCI, NVMe or normal SATA for many. This standard has only been good at guaranteeing mSATA only devices become eWaste or the only people who want them are unaware first time DIYers (I will never buy mSATA only hardware) who never do it again. The other class of these things has a path because it can also utilize 2.5” SSDs like my E6440/E7440, but may never see an mSATA SSD.