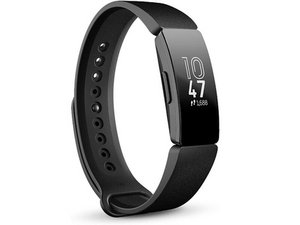 Why is screen not working

why is my fitbit inspire screen not working

Shout out to Chantelle - changing the clock face in the app worked for me too. Screen was black on charger and off charger. It was still syncing with the app so that was working. Tried force restart and got nothing- held the two buttons while it was on the charger for a full minute and nothing. Confirmed it wasn’t in water lock mode by double tapping the screen a dozen times.

Changing the clock face in the app- boom screen is back and buttons working again. Kinda stupid but hopefully this helps someone.

changing the clock face helped me too!!

I am not impressed by this equipment. My previous once lasted years without issues!

First of all, charge it up to 100% If your Fitbit is not fully charged, place it on its charger first and wait for it to reach full capacity. It's better to charge your Fitbit through a wall outlet than your computer's USB ports - this is due to certain limitations in your computer's port wattage.

Once you've fully charged your Fitbit, try to see if the screen now appears and is responsive.

Make sure your Fitbit isn't in water lock mode

Some Fitbits include a water lock mode, which prevents the screen and buttons from responding to touches and swipes. To turn off the water lock, dry your Fitbit off, then double-tap your screen (Inspire and Luxe) or long-press the side button (Sense and Versa 3) to turn off its water lock. You may have to repeat this several times to unlock it.

Remove any case or screen protector

Oftentimes, we need to adjust the brightness of our Fitbit's screen. We suggest you go to a dark room or wait until dark, then take a look at your Fitbit.

If you see a black or blank screen on your Fitbit, the first thing to try is a forced restart or restart (also known as a long restart.)

Restarting your Fitbit forces it to restart - and often fixes issues like a black, blank, or unresponsive device.

How you restart or force restart depends on your model, so it's best to consult your Fitbit user manual.

Which it is not bright enough, when outside

Have tried the suggested reboot about 10 times. Screen still blank, but Fitbit still working because info in app continues to update.

My Fitbit charge 5 , isn’t working, i see the logo , and the next screen is not moving when i slide in any direction

My Fitbit charge 3 looks okay when plugged into its charging cradle but when I take it off the cradle the screen is completely black and button on side doesn't work? Any ideas to help? Thanks Theresa

I was able to get mine back on by changing the clock face in the app. After swimming it stays in water lock….

Thank you for your very clear instructions but unfortunately it’s still not working. However Fitbit help are sending me a replacement free of charge under the guarantee. Excellent service

Scrreen is up down and screen is deem

My whach is garantin is expiry what solution

I want to repair my smart watch