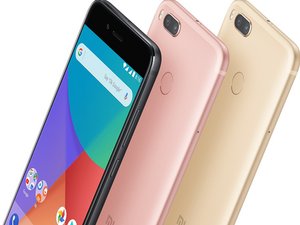 How to solve brightness problem after screen replacement?

I bought an unoriginal screen to replace my broken screen on my Xiaomi MI A1.

I did the replacement but as it's not an original screen, there is a problem with brightness :

When I boot the phone, the Xiaomi logo appear with a normal brightness. But then, when the logo disappear and the home screen appear, the brightness become extremely low (can only be seen in a dark room).

Everything else works perfectly (touch, apps, ...).

So, is there a method to have a good brightness on an unoriginal screen after a replacement ?

Hi Edwin, I went ahead and did a little bit of research and found that others (New LCD no brightness) that have done the same replacement have run into the same issue. A recommendation is to check the phone and to make sure everything on the inside looks proper, If that's correct then I would find a different seller for that screen or a new phone since the one can't be used normally without being in a dark room.

It is possible that when you replaced the screen that you didn't get the light sensor up against the screen or that it is blocked by debris of some sort. It is also possible that your auto brightness is on and set too low. Less likely it could be a software problem. While a reset might fix that you need a backup first. Try to contact the supplier for a possible fix or replacement. Good luck.

I'm having the same problem with the same phone after replacing the display.

If you found a solution, can u help me please ?