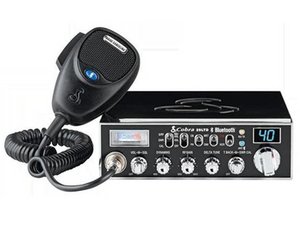 First introduced in 1958, Citizens' brand radios, also known as CB radios, are a land mobile radio system, which is a system that allows short-distance person-to-person bidirectional voice communication between individuals using two way radios operating on a 40 channel 27 MHz band. CB radios can be used for private or business use without a special license in most countries.

Citizens’ brand radios are distinct from other personal radio service allocations like FRS, GMRS, MURS, UHF CB and the Amateur Radio Service ("ham" radio). In various countries, CB operation does not require a license and it may be used for business or personal matters. This is unlike amateur radio which requires a license.

Similar to many land mobile radio services, multiple CB radios in a local area can share a single frequency channel. However, only one can transmit at a time. Usually, CB radios are in “receive mode” to receive transmissions of other radios on the channel. In the case users want to speak, they press a “push to talk” button on their radio which will enable their transmitter. Users on a channel have to take turns speaking. The power of transmitters is limited to 4 watts in the US and the EU and CB radios have a range of approximately three miles (4.8 km) to 30 miles (32 km) dependent on the terrain—for line of sight communication. However, there are various radio propagation conditions that may intermittently allow communication over greater distances.

CB Radios in the US Wikipedia