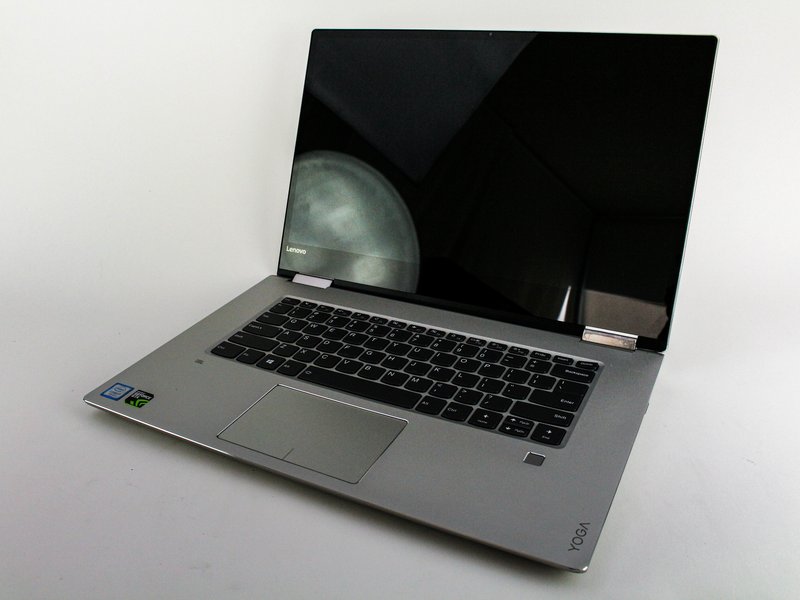 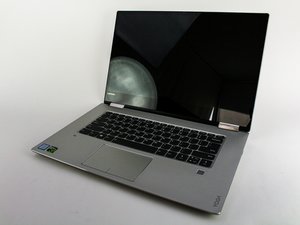 The Lenovo Yoga 720-15IKB, released in 2017, is a higher-end laptop with a convertible, or 2-in-1, touchscreen. Being part of Lenovo’s Yoga line means the screen bends behind the keyboard and can be used as a tablet. It features an Intel i7-7700 central processing unit (CPU), and an Nvidia GeForce GTX 1050 graphics card, up to 16GB of random access memory (RAM), and 15-inch ultra-high definition (UHD) screen, for the original price of $1,199 in the US.

TheLenovo Yoga 720-15IKB comes in one color, “Platinum Silver,” and measures 14.3" x 9.5" x 0.75.” The model number can be found on the back cover just under the central vents on the side closest to the power button. To distinguish the 720 from other models, the 720 includes a fingerprint scanner on the right side below the keyboard, while the older 710 does not. The newer 730 has sharper edges and comes in various colors.

Upon release, many tech review sites raved about this computer, as it boasted a very powerful processor and graphics card in a Yoga—something fairly new in the market, especially compared to its predecessor, the Yoga 710. The only major issue reported by users was the lack of support for a Linux operating system and the heaviness of the computer.

Although replaced by the Yoga 730 in 2018 and discontinued on Lenovo’s website, this device is available in other stores at a reduced price ranging from $700-$1000. While some would simply jump at the newer 730 being priced at $1,000, Lenovo skimped on some aspects of the 730 to bring the price down.

While the hardware of the 730 is slightly better than the 720, the performance is not, due to overheating problems. Lenovo also cut the battery size, and the average life is 3-4 hours instead of 7-8 hours in the 720. If you are purchasing a 730 or 720 with the intent to use intensive software or games, consider the 720 over the 730.

Having trouble with your laptop? Head on over to the Troubleshooting Page here.

Customer reviews can be found here.

To look at an in-depth review of the Yoga 720, click here.

If you are looking to replace any part in the Yoga 720, a full part list can be found here.

The Hardware Maintenance Manual by Lenovo can be found here.