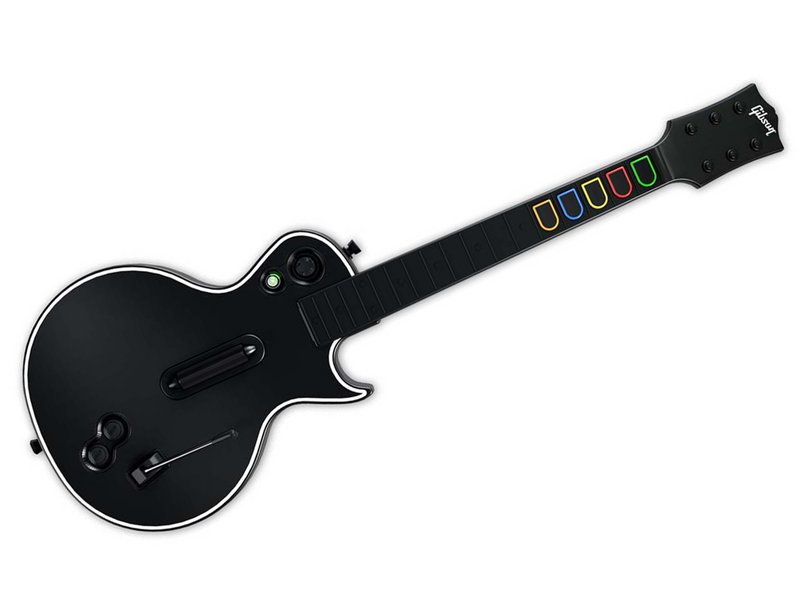 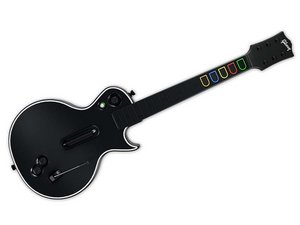 If you are not sure what is wrong with your guitar controller, head over the Les Paul wireless guitar troubleshooting page

Guitar Hero was first published in 2005 by the manufacturer RedOctane and producer Harmonix Music Systems, and distributed by Activision. The game was a huge success, mainly due to the guitar like controller that made the users actually feel like they were playing the guitar. The Les Paul Guitar Hero Controller for the Xbox 360 was first sold in December, 2007 to pair with the new release of the game Guitar Hero 3: Legends of Rock. RedOctane (the device manufacturer) went out of business in 2010 so controllers to replace broken ones are hard to find.

The Les Paul Guitar Hero guitar can be identified by its guitar shape, plastic material, lack of strings, fake strum button, and colored buttons on the neck. It also has a much rounder shape than the original guitar design. The Les Paul should also have Gibson at the top of the neck. If there are fret buttons near the base of the guitar, you have a rock band guitar and that may be different than the one we are repairing on this page. To identify the guitar as compatible with the Xbox 360, search the body of the guitar for the button marked by the Xbox logo.