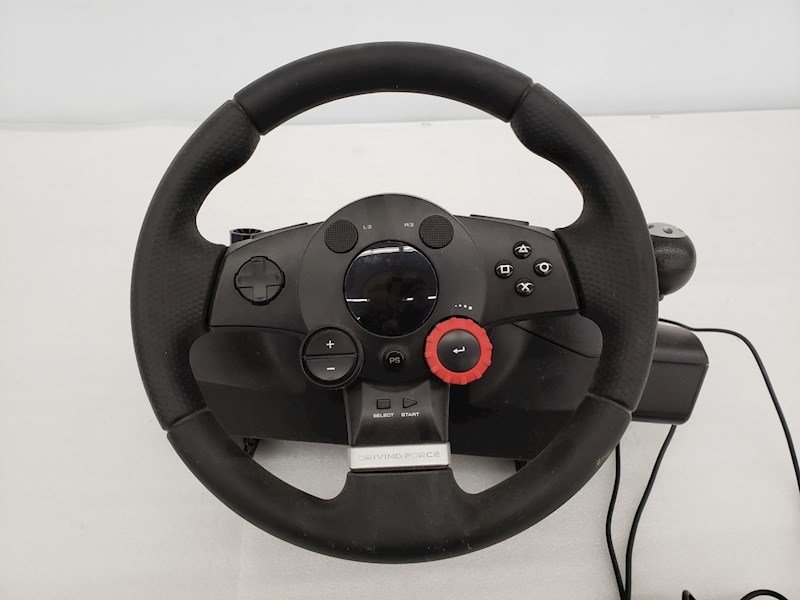 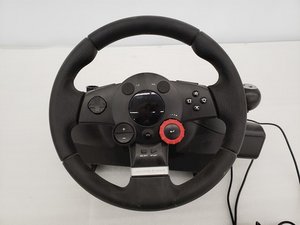 The official wheel for the Grand Turismo game on the Playstation 3. The Logitech Driving Force GT E-X5C19 features an advanced haptic feedback system to make racing even more realistic.

If you are having difficulties with the Logitech Driving Force GT E-X5C19, try referring to the Troubleshooting page.

The Logitech Driving Force GT E-X5C19 is the 7th generation gaming steering wheel by logitech, released December 13, 2007. This wheel was made for the Grand Turismo game on the Playstation 3 and on Amazon it is currently selling for $125.45 USD. This device only comes in one color and weighs 12.8 x 14.1 x 11.4 inches; 12.3 pounds. This model was the predecessor of the GT Force RX.

The product can be identified by the color of the device since it only comes in black with a red nob. The serial number can be found underneath the base near the wires under the “made in” sticker.