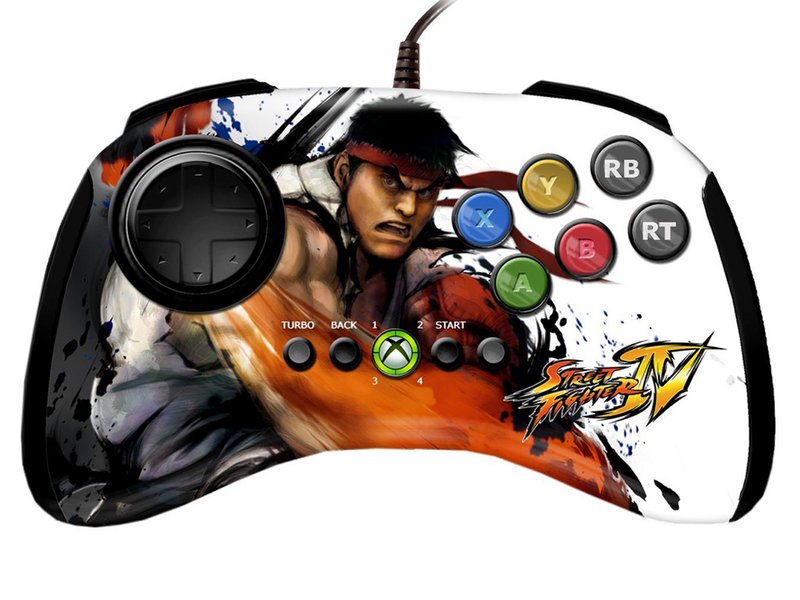 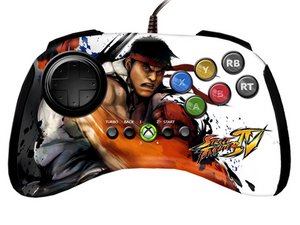 Custom controller for the Xbox 360 and PC. Device repair is simple with common screwdrivers and prying tools.

Rear and Side Case

Track down a number of hardware problems using the FightPad troubleshooting guide.

The FightPad is a wired controller made specifically for Street Fighter IV and other fighting games. It is compatible with both the Xbox 360 console and the PC. There is also a PS3 version available.

The FightPad is recognizable by its six face buttons, two shoulder buttons, and a floating directional pad. It also has the Xbox 360 guide button as well as back and start buttons. On the back of the controller is a switch which changes the directional pad to function as the Xbox 360's left thumbstick, right thumbstick, or directional pad. There is also a turbo button which adds "turbo" functionality to the controller so that you can hold down a button and have it act as the button being continually pushed over and over again.

The FightPad comes with different artwork on the front of the controller featuring characters from the Street Fighter video game franchise.