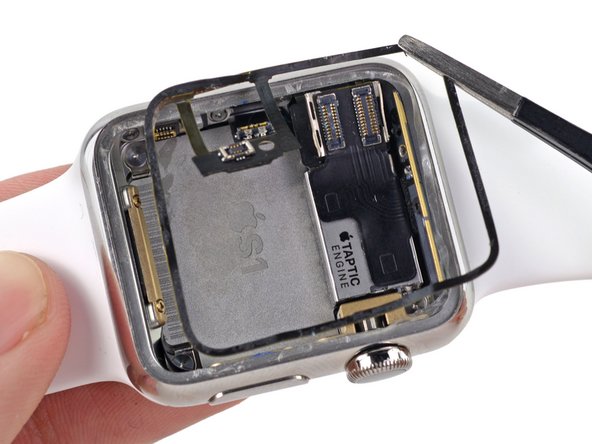 Unfortunately, opening up your Apple Watch may damage the Force Touch Sensor, which also serves as a gasketing seal. The sensor is made up of two layers, glued together. These layers may separate when you open your watch, compromising its seal after reassembly. If this happens, you'll need to repair or replace the sensor before reassembling your watch.

If your Force Touch gasket works correctly and you just need to replace the adhesive, follow our Apple Watch Adhesive Replacement guide instead.

I’m kind of facing the same problem of having not touch after assembly. Do you have find your problem, because I have no clue what I have done wrong.

Step 20 of this guide can and should be completely skipped. This is by far the most difficult part of the process. It requires excessive force on parts of a fragile cable that is prone to ripping. While it is easier to clean the edge of the display assembly with it removed, it is still possible to clean it while attached.

I did replace my display and it works super-fine (thanks to iFixit) but the issue am facing right now is glueing the Display+Force Touch Ring+Body. Am unable to keep hold of display to the body and it keeps removing even after several days of rubber banding and heat treatment.