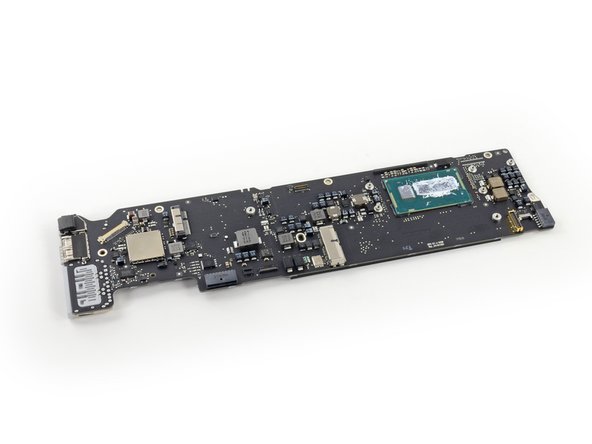 Use this guide to replace a faulty logic board in your MacBook Air 13" Early 2015.

Be sure to apply a new layer of thermal paste before reinstalling your heat sink on your new logic board.

Repair didn’t go as planned? Try some basic troubleshooting, or ask our Answers community for help.

Repair didn’t go as planned? Try some basic troubleshooting, or ask our Answers community for help.

Wow, you saved me $1000 bucks! I spilled brandy on my MacBook Air and followed your instructions to completely strip it down. I followed instructions for cleaning circuit boards after a spill from another page on this site. My MacBook works perfectly now!

Your instructions were great. You might note that there is some variation in the placement of different components, ribbon connectors, etc., but I figured it out by zooming in on your pictures and finding a picture of each exact component. They look the same, even though they are in different spots. I found out you can dunk the circuit boards in 91% rubbing alcohol, clean the parts with a soft toothbrush, and let it all dry. I didn’t bother with removing and replacing the heat sink and thermal paste. After soaking in the alcohol, I saw that the heat sinks were still firmly attached thermal paste looked fine, so I left it alone. I liked your specific descriptions about which way to pull or lift the ribbon connectors, and using the right tools! Thanks!

I am afraid if you soaked the whole unit in alcohol, the heat sink paste is probably ruined? If the unit seems to get hot or shut off spontaneously, I would consider taking it apart AGAIN, and cleaning and relating the heat sink with fresh new thermal paste. You can clean the old paste off with Alcohol, do you see why that worries me ;~)

Do you know where can i buy pre owned motherboard like this that can be trusted? Mine is missused and cant turn on.

Can anyone please let me know where to buy Motherboard, my macbook air is not getting started. they said there is a moisture on the logic board.

Hi Sriram, we have links to the motherboards (Apple calls them Logic Boards) at the top of this guide.