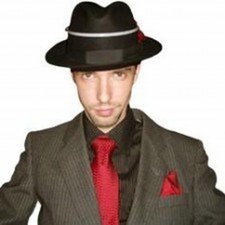 No power after replacing battery

I just replaced the battery in an iPhone SE (first gen) with an ifixit battery replacement kit. I’ve done this twice before on an iPhone 6 without issue. After replacing the battery, the device won’t power on at all. Shining a light on the screen does not show a faint image. There’s just no power at all, it seems. I tried open it up and just connecting the original battery (it still had some charge) to see if it would power on, and no dice. I followed the ifixit procedure exactly, making sure to disconnect the battery before disconnecting the screen.

I disconnected everything again and re-seated all the screen ribbon cables just to make sure. I had no problem seating them, I used a magnifier to look closely and ensure I hadn’t damaged any pins.

I was extremely careful at keeping track of the screws so I didn't accidentally put a longer screw in the wrong socket and thus damage the logic board.

The only thing that happen was when I first opened the case, it popped rather quickly and pulled the home button ribbon cable off. I was extremely lucky, as it had no shield over the connector, so it simply popped off without any damage. However, even if that got damaged, all I would expect is a non-functioning home button. It should still at least power on, I would hope.

I’m not sure what I can do to troubleshoot this, and would appreciated any suggestions.

That’s a very thorough explanation of your steps and you did everything “right” from a repair perspective. Here are a few suggestions and observations:

Thanks for the detailed response. My friend got this phone from his service provider brand new and has never had it repaired previously. It seems unlikely they would supply him with a phone, as if it was brand new, if it was in fact previously repaired by somebody, or even refurbished by Apple. I can check for any pry damage around the battery connector, as it's always possible that I did that when I removed it, though I did use a plastic spudger from the ifixit kit and was pretty careful. I have tried connecting to a computer after putting it all back together again and it was not recognised. I could try without the screen on, though I don't like reopening it over and over, as that risks further damage.

Hi Peter, I am no expert but my suggestion would be to charge the phone and try a hard rest on the phone by holding the power button and home screen button. It may be that the phone needs a bit more charge to get up and going again. The only thing I would be concerned about is if there was a short or something broken inside, that could cause a power surge in the wrong place and the device could stop working altogether. Best of luck to you and I hope this helped somewhat!

Thanks, but I did try that already actually. Should have said that in my question up front I guess. My first assumption was that it was too low on power. I plugged it in and left it for about an hour and got nothing. It didn't even warm up at all, suggesting that the battery was not charging. And I tried holding down both buttons to try the hard reset. I'm afraid something may have shorted when I was doing the repair, though not sure what or how.