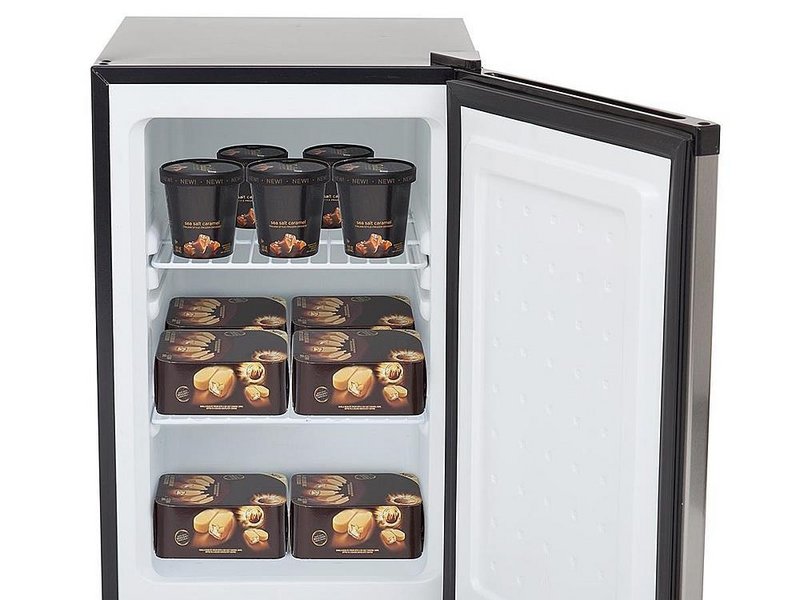 How Does a Freezer Work?

Freezers are a common kitchen appliance, usually used in conjunction with a refrigerator, that is designed to prevent food from going bad. Freezers, as the name implies, are designed to keep food frozen (below 32 degrees Fahrenheit, which is the freezing point of water). Freezers are often integrated into refrigeration units as a separate compartment, but they can also be purchased as standalone appliances.

Freezer units were first introduced in 1940, making frozen foods a common household commodity instead of a luxury item. This also resulted in the invention of the frozen TV dinner, which led to revolutionary increases in human laziness.

Refrigerators and freezers replaced the formerly used icebox, which was essentially a small cabinet that had a place to store ice alongside a place to keep food. Iceboxes were popular until around the 1920s when electric refrigerators and freezers became mainstream. Freezers today use vapor compression, a refrigerant, and the laws of thermodynamics to create a cool environment without the use of ice.

There are a variety of different types of freezers, including chest freezers, portable freezers, upright freezers, and commercial freezers. All freezers include a door that opens up to a food storage compartment. Freezers come in a variety of colors, but they are often white, black, or silver.