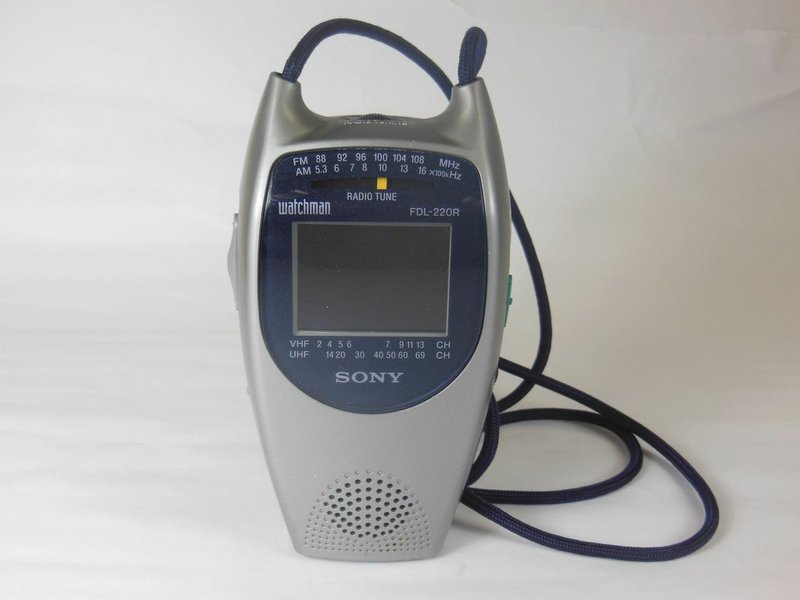 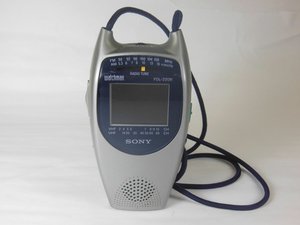 Released in 1998, the FDL-220R Watchman is a portable television and radio with a color LCD screen. It is the last Watchman model produced by Sony.

For a troubleshooting guide on basic problems with the device, follow the link below:

The Sony Watchman was introduced in 1982. A wide range of models was produced until 2000, when the line was discontinued. The models varied from small pocket-sized devices to larger but still portable units. All models included a black and white screen until the last model series in 1998, the FDL-22.

The Watchman includes an AM and FM tuner, as well as a TV tuner that receives both the VHF and UHF bands. One of the major problems with the Watchman series was battery life; devices did not last much longer than 3 hours on fresh batteries. An optional power adapter was sold for most models.

The model and serial number can be found on a label on the bottom of the device.