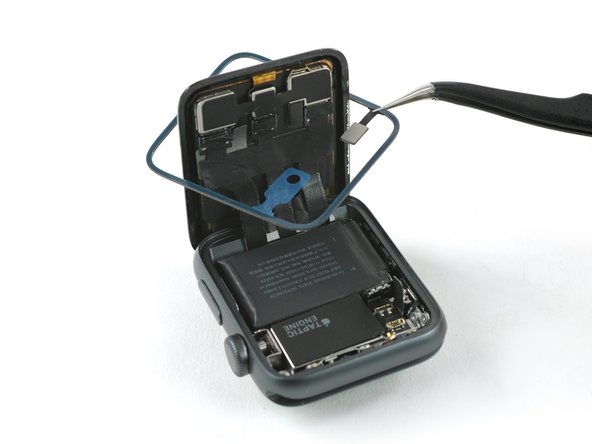 If Force Touch function works correctly and you just need fresh adhesive to re-seal your display, follow the adhesive replacement guide instead.

The device shown in the photos of this guide is the GPS-only version of the Apple Watch Series 3. There are some minor differences between the GPS and the Cellular versions of the Apple Watch. If you have the Cellular version, follow all the written directions closely and pay extra attention to the warnings about discrepancies between the two devices.

very detailed teardown. however seems like the force touch sensor is a bit different on the LTE version.

The LTE parts actually looks similar to the Series 2 ones. Does anyone know if S2 and S3 force touch sensor is compatible to each other?

I have tested 4 force touch sensor flex…what can it be?

Hello I’ve got the same problem. Have you resolved it ?

In my case applewatch is locked, to many error code access. And I don’t have iphone brother with me….so I can’t reset applewatch.

Reinstalling watchOS is impossible. Only Apple can do it…

my only problem is still the non-working force touch.