Hi i have huge horizontal semi transparent lines on top and bottom of my 2016 touchbar retina macbook pro 13inch.

Is there any possible reasons for this? I highly doubt is a software problem. 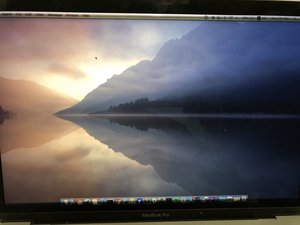 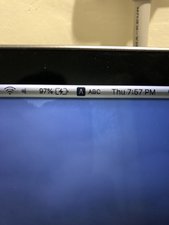 hey guys an update on my issue, i never went for a fix, the problem went away after i left it to rest for a few days, i believe its an overheat issue. my screen has been working fine for the past few months since reporting this. Not sure it will come back, but this is definitely a faulty hardware, and Apple is not admitting it!

I never went for a fix till now and using the same mac, the problem still comes and go, usually happen when overheating/heavy usage. I brought my macbook for de-dusting the fans and apply new heat paste for my processor in hope that it can reduce overheating issues, replacing the whole display costs too much.

Apple did an update for this issue for the FlexGate issue: 13-inch MacBook Pro Display Backlight Service Program. Sadly it doesn’t cover the T-CON issues.

My Macbook Pro 13-inch 2017 touchbar model also started showing this issue around two months ago. I did not take it to repair service (and now, with COVID-19 pandemic, it will probably take longer to do so), and I've been closely monitoring it to understand what might be happening.

Two and a half months later, the problem persists. It got worse, but I have been reckless lately and kept using it even after the gray lines were strong. What happens when you push through and keep using it is very strange: the image from the screen you are most time at gets burned at the bottom lines (the number of lines where this happens will increase with usage time) and these lines stop being updated (so your mouse cursor will disappear if you drag it to this region). If you change screens you can see this effect very clearly:

But no matter how worse my screen looked like before putting the machine to sleep, it always came back to normal after some 4 hours resting (between 30 minutes to 4 hours, all seems ok, except that you can still see some of the last burned content overlaying the current screen content, almost like a water mark).

I have a strong feeling that this is not solely related to temperature, because it looks like the more time I let my machine sleeping, the more time I can use it before the lines start appearing. I have this feeling because if I leave it sleeping for about a day and start using it with full GPU power, the issue takes more time to show up than if I do the same after just 4 hours of sleep. Also, if I wait just 30 minutes, the black lines all disappeared and they will come back very, very fast (less than 10 minutes). Once, I have not used my machine for two days and I started using it in a very hot day (over 30ºC), and the problem took a long time to start appearing.

As another user pointed out, putting ice behind the bottom of the screen makes the black lines disappear almost instantly (just to reappear a couple of minutes later). But if you used the machine for enough time and the content started to get burned at the bottom of the screen, then you will also see these burned lines get stronger. So it seems to me that temperature alone doesn't explain the whole situation. Sometimes I almost feel like it is a software/firmware problem, as if a slow overflow of information would start corrupting the data being written in the screen buffer, but this is just a barely supported suspicion.