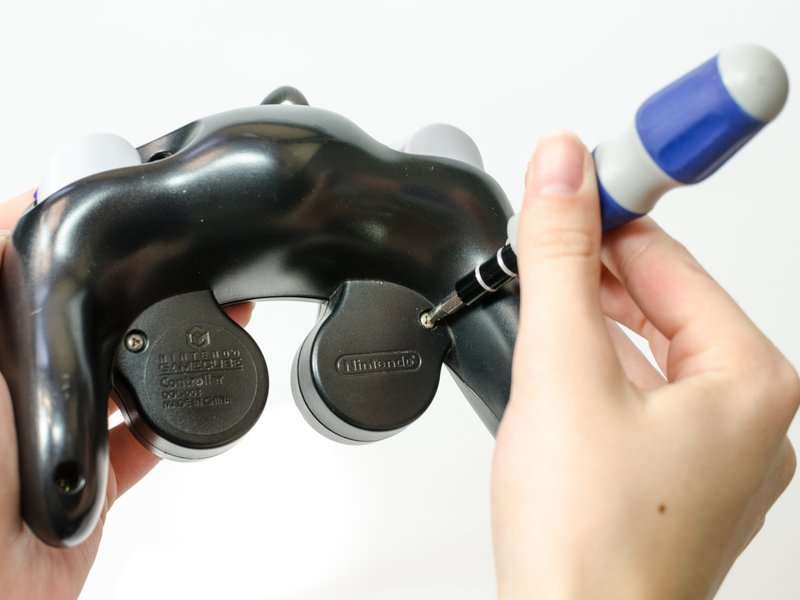 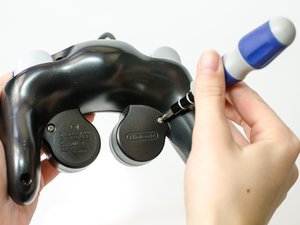 When you press on a button, it takes longer than usual for it to pop back up.

Before taking apart your controller, make sure that there isn't any residue that may cause the button to stick to the controller. If this is the case, simply use a pin or toothpick to scrape away at the residue. This should eliminate most of the residue. Next, use a solvent such as rubbing alcohol on a cotton swab to wipe away the rest of the 'gunk'.

There's a possibility that the rubber backing responsible for making the buttons spring back up is damaged. Prepare your screw driver! You're going to have to replace it.

Controller has a mind of its own

Even though a button or joystick is not pressed, the console continues to register input, possibly causing a character to move uncontrollably or attack repeatedly

Sometimes dirt can activate buttons without user input. If this is the case, you may or may not have to open up the controller, depending on the amount of dirt. Before getting your hands dirty and taking apart the entire controller, wipe around the button with rubbing alcohol and cotton swabs in a circular motion. If the problem persists, go ahead and take it apart to clean it.

If it seems as though your character won't stop running around or your screen keeps going around in circles, your joystick might be set in a non-neutral position. The issue may be that you moved the the joystick before starting the game. In certain situations, this can cause a communication error between the game and the controller, causing it to malfunction. A simple fix is to not touch the joystick until the game has started.

Your console may have run into an error while booting. Errors frequently occur when the console isn't properly started. First, turn off and unplug your console, then wait about 30 seconds. This ensures all the memory from your previous gaming session has been cleared. After sufficient time as passed, go ahead and turn your console back on.

This is a mechanical problem. Unfortunately that means you have to do some dirty work. Start by removing the joystick. Then give it a deep cleaning with rubbing alcohol.

The Joystick is not correctly attached to the motherboard

Don't worry, this isn't as scary as it sounds. Try repairing the joystick.

GameCube does not recognize controller

When you turn the GameCube on, it says "No Controller"

Sometimes, the console may not recognize a controller if it runs into an error while booting. Errors frequently occur when the console isn't properly started. First, turn off and unplug your console from the wall, then wait about 30 seconds. This ensures all the memory from your previous gaming session has been cleared. After sufficient time as passed, turn your console back on.

The first thing you will want to do is try plugging a different, working controller into the same port. If the problem persists, you may have a bad port. In that case, please refer to the GameCube device page to find a solution. Next, try plugging the original controller with the problem into a different port. If problems persist, it may be a problem with the cable or connector. If you think the issue is a bad cable, don't fear! A bad cable is better than a bad port! Make sure your cable is not twisted up or knotted. The easiest and often most successful fix to a cable not being recognized is to simply blow air into the end of the cable. These cables can dusty very easily and oxidation on electrical leads can cause controller recognition problems.

The controller won't rumble even when it should

The game does not support rumble

Some games simply do not support the rumble function. Check the instruction manual provided with the game to see if haptic feedback is supported.

The port contact where the controller goes may be dirty and need cleaning to make contact fully. Rumble should work after that if no other controller works with rumble in the same slot.

Unfortunately, motors sometimes fail. A motor can be fried from over use and no longer functional. At this point, the best you can do is to replace the motor.

Back to Device Page

Under the "Rogue Joystick" problem, the second solution that advises the user to remove the joystick is redundant. It is unnecessary to instruct to reinsert the joystick because that step is already included in the linked installation guide.

By re-wording that solution, you can avoid confusing the reader.

im using a wireless controller so what should i do then? it wont connect

My GameCube has not experienced any problems at all until now, but while my sister was playing WindWaker the console started resetting itself repeatedly until it just turned off. The fan was still going though. Later I checked it out. It will turn on still, but once I plug the controller in it turns off, but the fan still runs. I'm not sure if it's the controller or not, but I can't tell because I only have one. Does anyone know what to do?

I had the same problem, check if the cable is exposed, I had to cut the cable and rewire the cables inside.

Sticky buttons are not caused by "gunk" directly underneath the buttons, barely any dirt ever gets there. What causes the stickiness is the dirt that accumulates around the SIDES of the buttons, and along the sides of their hole. Clean that up with alcool on a cotton swab and that'll fix most sticky button problems.