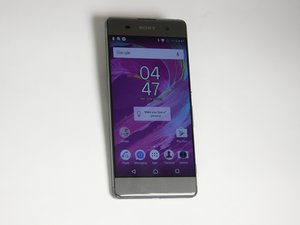 question about digitizer cracked and if touch response still works

so i just wanted to confirm something just to make sure theres no scamming going on. a relative of mine sent a phone with a cracked glass screen to a repair store online, they said that after they took the glass panel off that they saw some cracks on the digitizer. they continue to say that if they put the new glass panel on that you will see the cracks from the digitizer. also, they say that the touch screen will still work despite the cracks, it will just be a cosmetic issue with the new glass on.

now, ive done phone repairs before and i always thought that if a digitizer is cracked in any spot, that the touch response will not work. the phone worked fine before it was sent off, it was glass that was cracked that needed to be repaired. what im thinking is this guy made a mistake when repairing it, or just try to overcharge us. is this guy trying to pull a fast one or is he right? the phone is a sony xperia xa ultra

Now I'm not saying I'm right, but here's my input.

If the glass (I'm assuming it was a cover for the digitizer) was cracked, then the glass part was cracked. The digitizer is usually part of the assembly, so you'd have to replace both parts. Again, not saying I'm right, as I've never owned one of these, but I'm trying to speak from experience.

The digitizer might've had some cosmetic damage, as they had said, but if the phone's touch display worked when they tested it, then the contacts the digitizer uses weren't broken. It doesn't happen often, as the digitizer is usually one of the most delicate parts of a phone or tablet (or touchscreen pc for that matter). I've seen a couple phones survive cracked screens but the touch sensor still worked.

A cracked screen but a functional touch sensor is one of those "one-in-a-hundred" instances. Its always an instance of "test it before you judge it," in my experience. I've got a tablet right now with no visible damage, yet the digitizer has plenty of dead-zones that fails to type correctly or accept touch input variably. Just because its broke, doesn't mean that it is.

I'd say that's a safe bet as-is, but if you can, see if the entire digitizer can be replaced too for a little bit extra $$$, just my personal recommendation. A cracked digitizer is like a countdown until the crack gets bigger and actually breaks the touchpad for real.