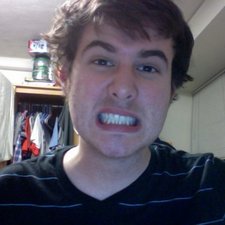 is there anyway at all to get more juice out of my video card? I have Windows 7 installed for my games, and I'm wondering if there's either a hardware upgrade I can do, or if there's a utility to tweak it? any help would be greatly appreciated!

In general we are trying to promote questions about improving older hardware's lifespan instead of improving performance of new hardware. Because I believe your question falls into the latter portion, I voted you down.

Since this is a 17" Unibody MacBook Pro, it has an Nvidia GPU; so unfortunately, Asle's suggestion to use ATi software would likely be useless here.

That said, there isn't a whole lot of room for performance gains here, as under full load with fans blaring at full speed (6k rpm) your GPU will likely be running in the neighborhood of 75˚C (conservative estimate). That is, if you manually set your fans with SMC Fan Control at or close to max speed under OS X before rebooting into Windows, which you always should do if you plan on stressing the system with games. The Boot Camp drivers for Windows have very poor (read: almost nonexistent) thermal management, so they will happily let your hardware get up to a toasty 100+˚C before intervening. Actually, OS X will do this as well. But it's worse under Windows.

If you haven't done that already, then that's probably causing hardware throttling issues that would limit performance.

What David Iwanicki said doesn't make a whole lot of sense to me, as from what I can tell, regardless of your power options under OS X, once you're in Windows, it defaults to the discrete GPU anyway. I have yet to be able to find a way to use the 9400M chip as the graphics output, or get Windows to even acknowledge its presence as more than a simple IO chipset.

All that aside, Nvidia's Windows drivers include performance tools that allow for system overclocking, particularly in the areas of GPU performance, but also with some RAM and CPU options as well. While these options can be enabled in the software on Windows, I have not yet actually attempted to make any adjustments, and do not know if they will actually have any affect given the specialized nature of Apple's EFI firmware and Apple's special Boot Camp drivers for the GPU. The Nvidia software claims that the Apple graphics drivers are not recognized (though the hardware is) and that updates would have to be obtained from the hardware vendor (Apple). This is the other reason to doubt whether the available adjustments in the performance tools will have any affect.

Before I would even consider attempting any of that though, I would look at improving thermal characteristics. Get a raised cooling pad with fans to blow on the underside of the MacBook. I also ordered some high-performance Arctic Silver "Matrix" thermal paste that I'm using to replace the cheap silicone grease used by the factory, and I'm going to do a proper job applying it as well. Of course, such an operation as removing the logic board and heatsink is not for the faint of heart. But I'm hoping that this will drop at least 3˚C from my operating temps at load; the biggest issue is effectively transferring the heat from the CPU and GPU to the heatsink, which apparently is roughly 5-15˚C cooler than the chips it covers at any given time. I'm hoping to knock at least 5˚C off of the temperature difference under load. I've heard stories of people dropping idle temps in their MBP's from 55˚C to 50˚, and some approaching as low as 45˚C. In the PC world, MacBooks run obscenely hot for pretty much of the time. Laptops in general run hotter than desktops, but MacBooks more so than their PC brethren. These measures should also hopefully improve the lifespan of the hardware, since excessive heat (a.k.a. "normal" operating temperatures in this case) can quickly degrade the internals of microchips.

I hope somewhere in this obscenely long post (and posted notably 2 months after the original posted question) someone can find something of use to them.

Where can I get this thermal paste?

iFixit.com offers thermal grease in their store here. You can also get it from Newegg.com, which carries a variety of thermal greases along with a multitude of other PC hardware and electronics goods. I recommend also getting the Arctic Silver "ArctiClean" set which has a surface cleaner and surface purifier packaged together to optimize the effectiveness of new thermal grease. Arctic Silver is generally considered to be the leading brand, and any one of their products would perform nicely if applied correctly. I chose "Matrix" because apparently it has similar initial characteristics to their tremendously popular "Arctic Silver 5"(AC5), but as it cures (300hrs, occasional power cycles to warm up/cool down) the thermal performance is supposed to improve beyond that of regular AC5. It's relatively new and the few reviews it has say that, thus far, this is indeed the case.

To apply thermal grease correctly, Arctic Silver has instructions for all of their products on their website, and iFixit has more specific instructions here. I am using the heatsink removal guide for the "Rev. A" unibody MBP 15" as a reference for the more specific steps in disassembly that weren't covered in the MBP 17" teardown. There are some differences to take note of since the batteries in the MBP 17 and the "Rev. B" MBP 15 are non-removable and require some different steps to get to the same point. It's a little disappointing that iFixit does not have repair guides for the non-removable battery type unibodies, though it is understandable that the differences should be relatively minor except for removing the battery.

Speaking of removing the battery, some people say that you can use a ~2mm flat-head screwdriver to remove the tri-wing screws holding down the battery. I didn't have any luck with this, so I'm currently waiting on the screwdriver I ordered from iFixit (I actually ordered the 56-bit screwdriver kit—never again will I be denied access to anything!)

I also ordered a plastic spudger to help with disconnecting some of those teeny-tiny connectors without breaking them with my big, clumsy fingers.

Do keep in mind, iFixit can make this all look relatively simple, but once you crack open the bottom panel you realize just how daunting a task this really is.

One more thing on the heatsink: It's common practice among PC "modders" to "lap" the contact plate of the heatsink to a mirror-like shine to reduce the effective gap between the heatsink and chip die that the thermal grease needs to fill up. AS thermally conductive as it is, it still insulates more than bare metal would if it were somehow fused to the die housing. Also, often times the contact plate on a heatsink will not be completely flat due to manufacturing tolerances; usually they are slightly convex. Some argue that this allows it to better spread the heat away from the center of the plate and thus the chip, but this is another reason why modders lap the heatsink before use—to make it as flat as possible against the chip, again minimizing the thermal transfer gap as much as possible over the widest area possible.

First of all your MacBook Pro is probably hot enough as it is?? The only solution I have heard of is that you can overclock the video card in Windoz in BootCamp wth the ATI tool, load it into the video card and when you are back in OS X it will be overclocked.

I don`t think you can overclock the CPU on a MacBook Pro because it uses an EFI bios and I have not seen any overclockers software support for that.

Here is a link to the ATI tool.

You should edit your post instead of answering twice.

Yep. Sorry, I was too fast!

For these new machines, OS X provides the option of using the discrete GPU and the integrated GPU, or just the integrated GPU for longer battery life. This control is found in System Preferences -> Energy Saver-> Graphics.

You can try setting this to "Higher Performance" in OS X and verify after the required logout/login. Restart back into OS X to confirm the setting, then restart in Boot Camp to see if your Windows 7 performance is any better. There may be a similar setting in the Boot Camp drivers for Windows 7: I don't use Boot Camp personally, but I've read some of the features of the newest Macs might not be available to Windows until Boot Camp is updated...

Is there a specific tool for overclocking?