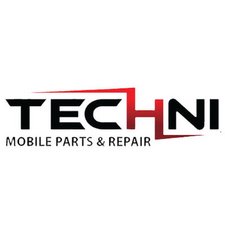 @refectio i bought a liquid damaged se the other day and recieved it this morning. on dc its drawing over half an amp which i would think would be enough to show the apple logo. testing for shorts i found that PP5V7_SAGE_AVDDH is short to ground, i removed c4323 and c4005 as they are the areas that looked a bit damaged. so having no image don't even think i have backlight but havent checked that im guessing that chestnut could be the culprit but i dont really want to remove it unless i need to. would you say chestnut or something else

update: removed chestnut and the short is gone

so i reballed chestnut and now getting even less power at max 0.08 amps. removed chestnut again and still the same, on pp_gpu c1100, c2018 and c2017 will draw full amps (2) from dc but the rest of the caps draw less. any ideas @refectio pp_gpu was the only line shorting to ground aswell after chestnut was sorted removed said caps and a coil still short

Are you certain PP_GPU is shorted...it is a vey low resistance line so if you don't look at the measurement, you can be fooled by the continuity test. If you have a true short (0 Ohms), then it could either be the PMIC or the CPU, assuming none of the caps on the line are causing the short. I have seen several shorted CPU's recently on water damaged devices. In the end, I removed the CPU and measured it directly on chip to confirm.

The voltages should all be on the PMIC page. Picture below is iPhone 6S.

think i measured but cant remember exact readings, so why would the 3 caps on the line take a full 2 amps on the actually pp_gpu side. iv since taken of cpu and pmic, not lookin great around pmic tho tweezers took a slip and components everywhere. i ordered a used board on ebay that i dont know much about until it arrives, it says could be liquid damaged but indicators are still white, could be icloud lock but will see in a few days

@refectio got the se board in today along with a 6s, the se is booting but no touch. i can see the 6s booting with dc but when i put on the lcd and or dock connector it wont go past 0.43 amps yet it will go above 1 amp without them

Probably PMIC issues but you will have to probe them a bit to understand what works and what doesn't.

I can see them fine in the SE schematic I have.