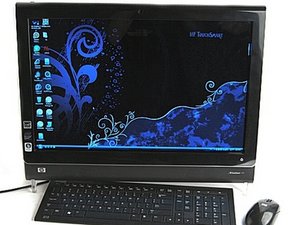 Series of AIO desktops released by HP in 2008. There are many models of this system. Specifications will vary based on the model and retailer purchased from. 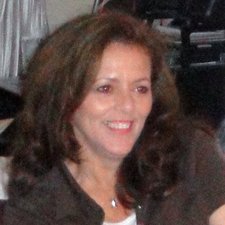 2017 HP Pavilion AIO 27” Touchscreen screen damaged with horizontal crack. HP quoted 729.00 to replace the screen replace the screen. What I need is a miracle fix at half the price. Can you help me or send me in the right direction to find affordable help.?

The exact model number of your HP would really help people to help you. Look on the back for a label with model number.

I went through two of these with an IQ506 (not your 2017) and didn’t have much luck with either, but I do know a little bit about them. I can’t do much outside of this without a model number to get an idea of how much the cost will truly be.

These systems typically require expensive parts that cost more then a whole machine that can be hard to find, so you either need to find someone who is gutting a dead one with a good screen assembly from a similar series for what you need or do it yourself - if you can find one. Windows AIOs tend to be a novelty and don’t sell in large numbers, limiting how many complete donors are out there.

I had to go through a friend who had one with a screen failure leftover from years past just to get a stand for my good one, which the seller lost - a stand. I ended up keeping it around for parts because it isn’t entirely useless, but there’s more nonstandard parts you can’t readily reuse then ones that can be. That one ended up having a CCFL flicker issue and I didn’t look into it much, since the issue is once you start flickering you can replace the inverter, but the actual backlight isn’t far behind on a lot of these old machines.