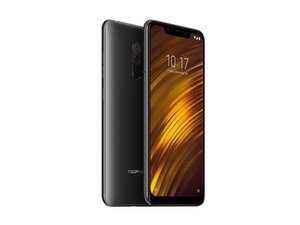 The Pocophone F1 is a mid-tier smartphone made by Xiaomi Inc, announced on 22 August 2018 in New Delhi, India.

Just yesterday, I was trying to access my sim card slot, but didn’t have a sim tool to unlock. I got a thick sewing needle, (pointing the sharp side away) using a surface to access it with a little force, however, it didn’t seem to work, so I tried more force and the needle broke through and went halfway into the phone. Panicked, I pulled it out and my first instinct was to smell the phone, which I of course have never done, and it was to check for any potential battery hazards. I can’t describe but when I smell from the charger port directly with my nose against it a bit, it smells almost like acetone and I cant tell if its a bit sweet of a smell or not so don’t take my word by that. I thought I turned it off but it’s been running all night, as I began my day, I used it like I usually would, knowing well that it would be a potential hazard, but nothing seems to happen, at all. It never turned off or act funny, no smoke or burning smell, and the smell isn’t strong. Also regarding the smell, it can only be smelled by putting my nose up to the charger port or even slightly from the volume controls as well as the sim slot. Should I be concerned, and if so, should I replace the battery or just save the risk and get a new phone? Thank you for whoever reads and decides to help.

As I commented, the only way to assess what damage has occurred, if any, is to open the phone and check.

Here’s a link to a video that shows how to replace the battery in the phone.

It is useful as it shows how to open the phone so that it can be checked.

Also if the battery is damaged you’re halfway there to replacing it.

If it worries you, turn off the phone and don’t use it or charge it until it has been checked.

If opening the phone seems too daunting a task contact a reputable professional mobile phone repair service and ask for a quote.