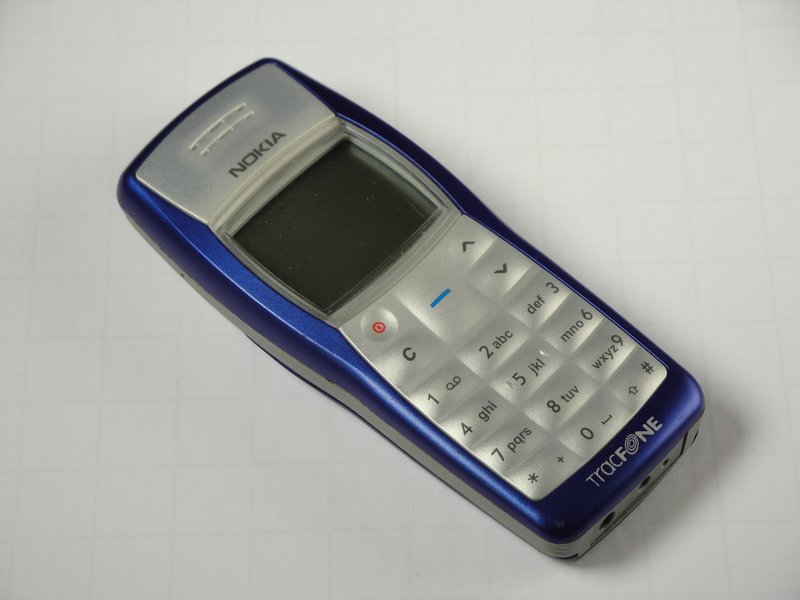 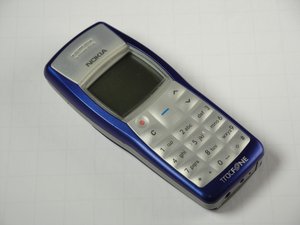 The Nokia 1100b RH-36 was released as part of the Nokia's 1000 series of "Ultrabasic" phones in 2003. It's simple design possesses minimal features beyond the ability to make calls and send text messages.

Have any problems? Check out the 1100b Troubleshooting Page.

The model number can be found on the back of the phone under the battery after removing the back cover.

The Nokia 1100b is one of four different variations to the Nokia 1100 model, first released in October 2003. Like the 1100a, it has green backlighting and monochrome graphics. The only difference between the 1100a and 1100b were the cellular frequencies they operated at that corresponded to the parts of the world they were sold in. The 1100b was the model used in the US and most of the Americas.

The Nokia 1000 series of mobile phones were given the name Ultrabasic. Targetted for basic users, they featured only minimal features beyond making calls and text messaging and were the cheapest of all Nokia phones.

With a 96 x 65 pixel display, the 1100 was the first of the Ultrabasic's 4th generation. After its release, the 1100 model quickly became one of Nokia's most popular by selling over 200 million units. Upgraded versions of this phone were re-released in 2005 as the 1101 and 1108. Both of these featured white backlighting and the 1101 also included a simple browser.

Being minimal on features made these phones long lasting in both durability and battery life. On standby the 1100 could last up to 400 hours and is well known for its resilience to damage from impacts.