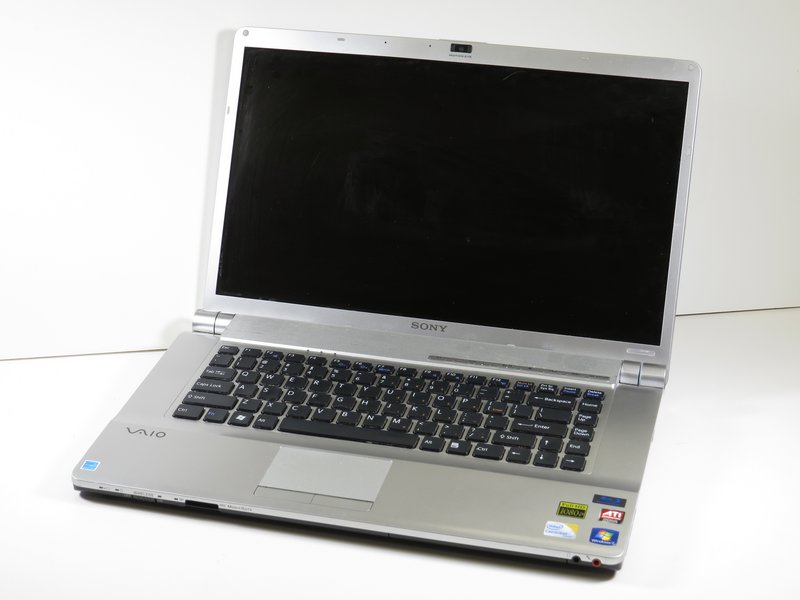 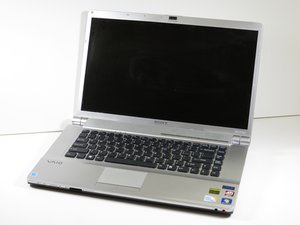 For technical problems you may be experiencing with the Vaio VGN-FW590, check out the troubleshooting page.

The VAIO VGN-FW590 Notebook Computer was released in 2009 as a part of Sony’s VAIO series of laptops before VAIO split from Sony in 2014. It can be identified by its serial number located on the bottom of the computer. The laptop was released with Intel Core 2 Duo T9900-T6600 processors and up to 8GB of system memory. It has a 16.4” LCD display with a 16:9 aspect ratio. Standard models also include a 86 key QWERTY keyboard, a built-in 19.05mm pitch Camera with microphone, and a BD-ROM/Blu-ray Disc optical drive.

The computer was initially released with Microsoft Windows 7 Ultimate, Professional, or Home Premium 64-bit installed. In January of 2012, Sony identified a critical vulnerability associated with the VAIO VGN-FW590 involving a buffer overflow in the network connection software. A software update for the vulnerability can be downloaded here.

Common hardware problems with the VAIO VGN-FW590 include: