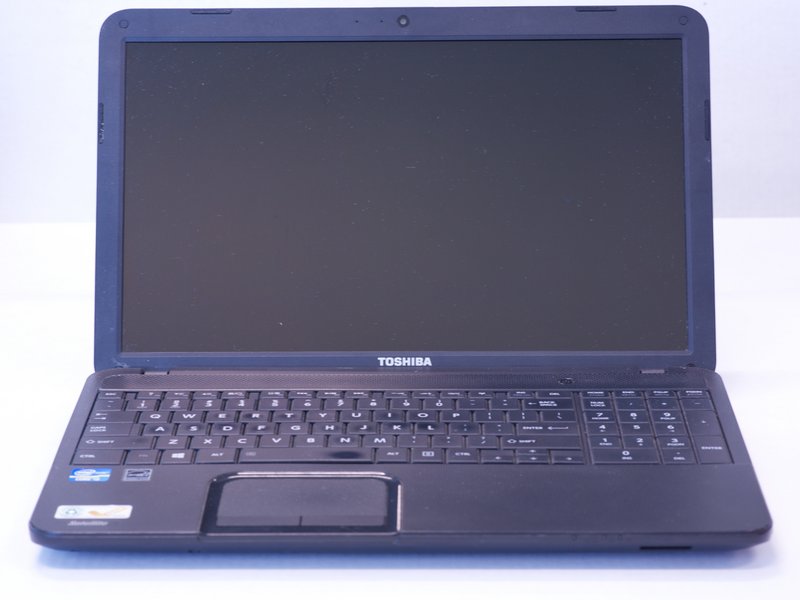 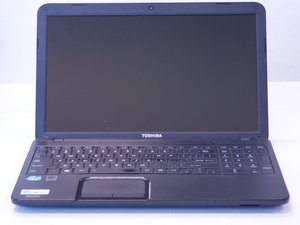 If you are having problems with the Toshiba Satellite C855-S5115, click on this troubleshooting link for help.

The Toshiba Satellite C855 S5115 has a 15"x9.5" screen, contains 500GB of hard drive storage, uses Intel Core i3-3120M dual core processor, runs Windows 8 operating system, and weighs 5.4lbs. Its features include a 720p webcam, stereo speakers, and a monaural microphone. It also has a DVD burner, which distinguishes it from other models produced around the same time.

The Toshiba Satellite is best identified by locating the model number. The silver sticker on the bottom of the device will read "Model: Satellite C855-S5115."

This device has a multi-gesture touchpad with buttons for selecting with the cursor, unlike the P series and others released that year. The touch pad is centered at the space bar, which is offset because of the 10 key number pad extension to the right of the QWERTY keyboard.

There are two USB ports on the left side of the laptop, one being version 2.0 and the other version 3.0. This was one of the last models to have the 2.0 version of the port. It also has both VGA and HDMI ports. VGA ports were becoming outdated during the time and are not seen in later models.

The Toshiba Satellite C-855 S5115 was released in 2013 as part of the "C" series. Advertised under the promotional phrase "All the Basics", these were considered value laptops and were priced starting at around $500.