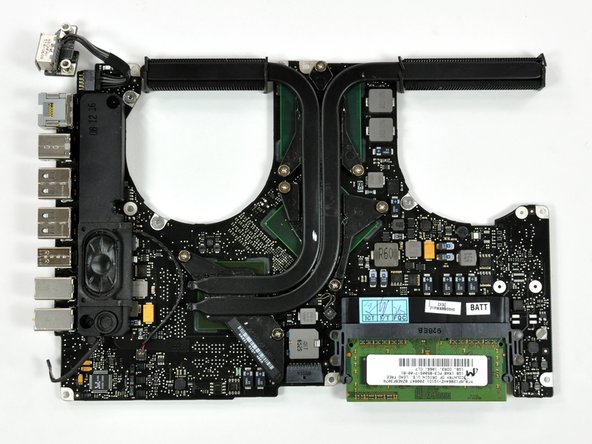 My Late 2008 macbook pro was dead. The power button would not turn the computer on, there was no optical drive sound, nothing. However, the LED lit up on the power cable, and the battery indicator lights were working. I took it to an Apple store for them to take a look at it, and they suggested that it was the logic board, and they turned out to be right. They said that they don't have any repairs they can do on this old of a mac, but I could try taking it to a local computer repair store. I ended up buying a new Macbook Pro that day because I needed it for work, and even if I was able to repair my old computer, it would probably take at least a week. They said I could return the new computer within 14 days. So, I had 14 days to fix my old computer, or I'd just keep the new one, so I got the specs I would want on a new computer anyway. I got home and ordered a new logic board from Command Mac Parts for about $375 including shipping.

The new logic board arrived about a week later, and the repair went fine, except for breaking the fan connector off of the old logic board, which wasn't a problem, because the board didn't work anyway.

I turned on my old computer, and it worked again! Now I'm only out $375 instead of $2750. I wanted to get a new computer soon anyway, but I wanted a PC desktop for 3d, not a new macbook pro. So, I'm going to keep this old laptop going for as long as I can.

Be patient if a connector or screw isn't cooperating. Be gentle, nothing should take very much force. Just work on it and apply alternating force to it, and eventually it will work out.