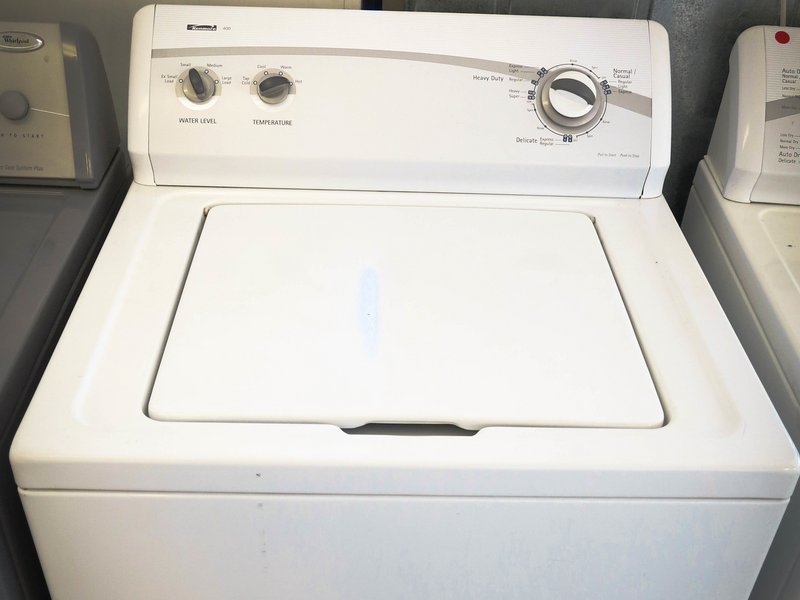 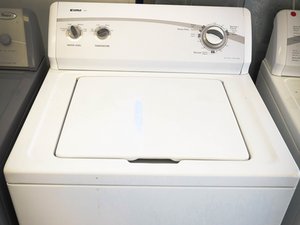 A Kenmore residential washing machine made between 2001 and 2009. Identify the age of your Kenmore washer with its serial number.

Kenmore 400 washers are mid-range washing machines sold by Sears appliances. They have a capacity of 3.2cu ft, which is equivalent to washing a load of several bath towels. Moreover, with its dual action agitator, the machine uses 28% less water and 40% less energy, compared to the normal cycle of a conventional machine built before 2004. The Kenmore 400 is only available in white and works well for small households.

The age of a Kenmore washer can be identified through its serial number, which can be found in several locations: back of the cabinet (near the top), or on the front of the machine, or the side of the machine’s base. Since the Kenmore 400 is a top load machine, more possible locations including under the lid, on the right rim of the washer tub, or along the control panel. Then, the beginning of the model numbers indicate which company the washer was manufactured by. Kenmore is a brand name used by Sears of its appliances. However, the washing machines are actually manufactured by Whirlpool or Frigidaire. Model numbers beginning with “110” belong to Whirlpool and those beginning with “417” belong to Frigidaire.

For washers made by Whirlpool, the second letter of the serial number identifies the year the machine was manufactured. For example, “L” means 2001, “M” means 2002, and so on through the letter “Y”, which means 2009.

For washers made by Frigidaire, the serial number begins with two letters, followed by several numbers. The first of the numbers represents the year of manufacture. In recent models, the number “2” means 2002, “3” means 2003, “4” means 2004, and so on. The following two numbers identify the week of the year the washer was built.

Identifying the Age of Kenmore Washers